Has Karen Clifton Divorced Her Husband? Essential Bio, Including Her Age, Parents, And Height 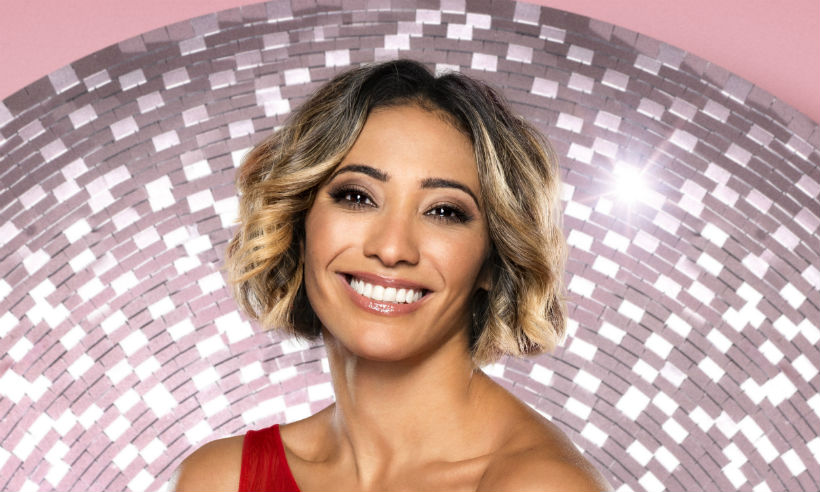 Are you a STRICTLY COME DANCING fan?

The Venezuelan professional Latin dance specialist Karen Clifton was in tears after she scored her first perfect 10. Blackpool’ Tower Ballroom ran high after her incredible performance with partner Charles Venn on the BBC competition. In her seven years of Strictly Come Dancing career, Karen has never received the perfect score. Indeed the reason is entirely relatable to feel emotional.

Clifton is also famous as the World Mambo Champion. She has also appeared in the American TV series So You Think You Can Dance. Unlike her professional career, her married life has seen ups and downs in recent months. So, are you eager to know about Karen Clifton husband and their married life?

Read More: Faye Tozer: Steps Star Declared As One Of The Contestants On Strictly Come Dancing 2018

Irrespective of everything else, dance brought love and luck in Karen Clifton’s life. The same dance became the reason for her marriage with her husband, Kevin Clifton.  The couple got married in July 2015 after her future husband proposed to her on her birthday on ‘Burn The Floor’ stage in 2013.

The dancing duo whole-heartedly accepted each other’s flaws. However, this wasn’t the first wedding experience for Karen. She was formerly married to a former dance partner, Matthew Hauer. After Karen and Kevin got married, she decided to take on her husband’s last name professionally. Regarding their dancing pair, she said:

‘We have such strong chemistry, and it’s about entertaining and inspiring. At the end of the day, it’s about giving back to fans. We’re feeling very positive.’

As of now, Karen and her husband Kevin are all set to divorce. Nevertheless, the divorce will not affect their professional pairing. The duo doesn’t have any children together.

In 2009, Karen auditioned for season 6 of the US reality show So You Think You Can Dance with her ex-husband, Matthew Hauer. However, during Vegas week, Matthew got eliminated while she moved on to the top 20.

You Might Also Like: Who Is Missy Margera’s Sister? Know About Her Wiki-Bio Including Age, Net Worth, Wedding

Besides that, Karen is famous for her work on the show Strictly Come Dancing, joining the list of professionals in 2012. Since then, she has collaborated with Westlife’s Nicky Byrne, Towie star Mark Wright, Dave Myers, and Jeremy Vine.

What an amazing wknd it was for @charles_venn and myself. Blackpool was awesome and we will always remember that moment when we got 2 10’s!!! Whhhaaattt??!!! . Feeling extremely humbled and thankful. . @bbcstrictly . #justkeepswimming #nevergiveup #keepthefaith

In 2016, Karen’s partner, Will Young withdrew from the contest after week four. The same year, she won the Children in Need version of the show with athlete Lutalo Muhammed. Following that, she joined in the Christmas special together with chef Ainsley Harriot. In 2017, she paired up with chef Simon Rimmer and became the fifth couple to be out of the show.

However, Kevin and his sister, Joanne, had more luck than she did as Joanne won the competition. Nevertheless, she received numerous ballroom awards like World Mambo Champion in 2008, Professional American Rhythm Rising Star Champion in 2009.

Karen Clifton (formerly Hauer) was born in 1982 in Valencia, Venezuela. She celebrates her birthday on April 20 that makes her age 36. She is of Venezuelan origin and is American by nationality.

The beautiful looking Karen has a height of 5 feet 4 inches. Nonetheless, she has not disclosed much about her parents and educational background. She has amassed more than 150k followers on her Instagram account.