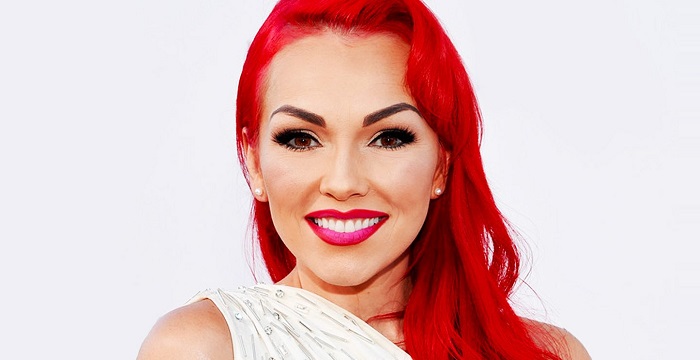 Kandee Johnson is a make-up artist, who owns a self-entitled Youtube channel which has already amassed over 3.9 million subscribers. She is the one who can make anyone scratch their heads with confusion when she shows her magical make-up skills and turns a hulk-looking man into a beautiful blonde.

Kandee is also famous for showcasing herself being transformed into characters like Snow White, Barbie, Edward Scissorhands, Miley Cyrus through her makeup skills.

Kandee is also known for her bubbly and confident personality, aside from her undeniable beauty. Through her YouTube channel, she showcases makeup transformations, makeup tutorials, and beauty tips.

Is Kandee Johnson Married To Her Boyfriend Turned Fiance or Already Parted Ways? Does She Have Any Children?

Talking about Kandee Johnson married life, she was married twice and has three children. She married her first unknown husband at the age of 17 and gave birth to her first child, a son named Jordan Sannicks at the age of 18.

But, her first husband was reportedly verbally abusive and controlling. So, she decided to end the marriage and began raising her first child on her own.

Moreover, Johnson married for the second time and welcomed her second child named Alani Johnson. But she was never happy because the couple hardly knew each other. When the couple was planning to get divorced, Kandee was pregnant with her third child whom she later named Blake Johnson. She also shared her child, Ellie with her second husband.

Things became tough for Kandee as she was a single mother of her four kids: Jordan, Alani, Blake, and Ellie Johnson. She had to raise them without financial or emotional support.

But Kandee moved on from her both broken marriages and found new love again. And on 13th September 2015, Kandee got engaged to her longtime boyfriend turned fiance, Michael Castro. 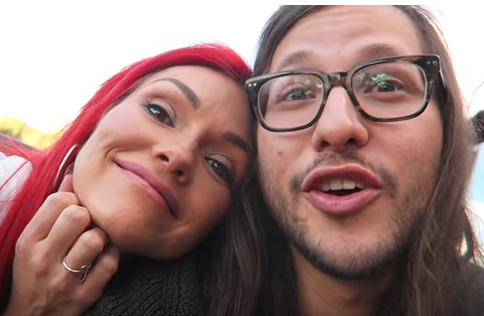 Kandee Johnson with her fiance, Michael Castro, Photo Credit: YouTube.comHer fiance is very active on YouTube and even creates videos on his channel and is also the singer of Castro the Band. The couple was often featured on each other’s channels and made fans laugh with their adorable antics together.

Kandee tends to keep her relationship with Michael private. So, she rarely posts his pictures on her social media accounts. However, Michael recently shared a photo of his fiancee, Kandee saying she is 100% fancy. Kandee and her boyfriend turned fiance are yet to married and has not yet revealed the planning about their wedding.

The YouTube star as well as a social media personality, Kandee Johnson was born in the year 1978 in Los Angeles, California. She celebrates her birthday on 9th July, which makes her age 40. She belongs to white ethnicity and has a tall height of 5 feet and 7 inches.

Kandee pursued her graduation from beauty school as she had a keen interest in makeup and kinds of stuff. Soon she even got her first job as a make-up artist on VH1’s show ‘I Love the 80’s.’ Her parents were also hugely supportive of her profession.

The YouTube star Kandee has more than 3 millions subscribers on her self-titled channel. She started uploading videos related to makeup and beauty and also became more popular through it. Her channel has been creating much hype from the audience through its high content and varieties.

After completing her graduation, Kandee landed her first job as the makeup artist on VH1’s I Love the 80’s. She also began writing blogs about fashion, style, and beauty.

She became more famous through her blogs and also later appeared in some magazines like ELLE, Glamour, Self, Cosmopolitan, and many more. Kandee also appeared in television shows like E Fablife, Good Morning America, and as a judge of the Style Channel Show How Do I Look. In 2018, she even appeared in the lifetime series, Glam Masters.

Her journey from a makeup artist to a YouTube personality was arduous. She managed to earn immense fame, recognition, and appreciation through her hard works and also garnered great money for lavish living.

The You Tuber often uploaded several videos of her house, Check this out:

Kandee is maintaining a lavish life with such earning.