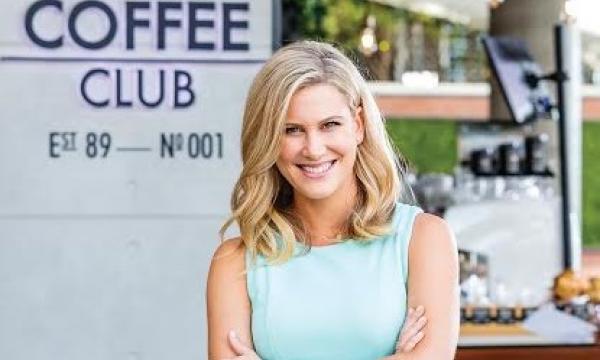 If you have ever seen the Network Ten’s cooking show Everyday Gourmet With Justine Scholfield, then you must be aware of the Australian chef of the show, Justine Schofield.

Schofield is widely recognized as an Australian chef, who is best known as a host for the Network Ten cooking show Everyday Gourmet With Justine Schofield. Moreover, she shares a powerful bond with her family.

Well, she was in a beautiful relationship with her boyfriend, Matt Doran. She went through a rough time with her relationship but found comfort in her family’s new additions arrival. The long-distance relationship is quite exhausting as it has numerous pros and cons. For some, their love and romantic relation may continue to prosper. But for Justine Schofield, the long-distance love affair gained a sour taste.

Justine Schofield Boyfriend: Married To Someone?

Justine Schofield was dating Channel 7’s news presenter, Matt Doran after they met each other at a Channel 10 function back in the year 2014. The affair between the two was going smoothly until the year 2015.

However, from the year 2015 onwards, their relationship turned south after Justine’s boyfriend, Matt went to the US to host the crime show, Crime Watch Daily.

Justine was in Australia while her partner was in the U.S, which was a long distance relationship. Despite the long distance, Justine tried to keep things in order by traveling to the US to visit her boyfriend every couple of month. She had put as much as efforts as she could.

In 2017, Matt returned to Australia after signing on to a new project, Seven’s Sunday Night. When he was in Australia, there were rumors of the couple being engaged. But instead of good news, they shocked their fans by announcing their split in June 2017.

A close friend of Justine claimed that though the duo tried to make their relationship run smoothly, things did not work between them. A source stated to The Daily Telegraph in June 2017:

“They tried really hard and Justine especially made a lot of effort to travel to the US as much as she could. But unfortunately, it just didn’t work out for whatever reason.”

Justine even unfollowed Matt from all her social media accounts right after their separation. Since then, she is single and unmarried.

The chef Justine Schofield was born in the year 1985 in Sydney, Australia. Her birthday falls on 29th October, which makes her age 32.

Justine was born to her father, Colin Schofield, and mother, Francoise Schofield. At the age of 21, her father went off towards Vietnam wars. He is a brave soldier who endured the hardship and made participation contingent on British support.

Her French mother, Francoise is an excellent classical French cuisine. So when Justine came to Australia, she opened a restaurant in Bowral. She has an elder brother named Clarence, who is married to his wife, Claire. The family welcomed triplets at a Brisbane hospital in March 2018.

While growing up in Sydney, Justine decided to pursue her career in cooking and earned her degree in hotel management. At the age of 25, she appeared in Australian television cooking show titled, Everyday Gourmet with Justine Schofield.