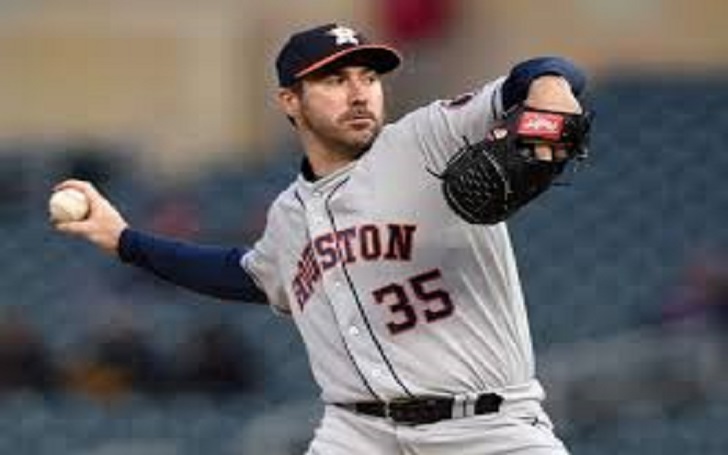 Astros pitcher Justin Verlander married his longtime girlfriend, Kate Upton on Saturday night just after winning the World Series on 1st November, Wednesday night. It was a great and fabulous weekend for both the newly-wed couple.

Throwback to this magical day ✨ #TBT

The Bride looked incredible in a white gown featured with long sleeves. She was holding a bouquet of flowers and looked much happier. Meanwhile, Kate Upton’s fiance, Verlander looked dashing in his classic black tux. The wedding ceremony took place in a medieval church amidst ancient ruins. The lavish wedding ceremony was decorated with floral arrangements and hurricane candles.

The couple announced their engagement exposing engagement ring designed by jeweler Anita Ko and Kate Upton’s fiance, Verlander himself at last year’s Met Gala. Though they announced the engagement at Met Gala, they were engaged right before baseball season began in 2016.

Happy Birthday to the man of my dreams! I’m so lucky to have such an incredible, loving and supportive husband. Seeing you with our baby girl melts my heart. You are such an amazing father! Have the best day ever! Your gift is Genevieve. I hope that excuse will last for a couple years. I love you!! @justinverlander

The couple who started dating since early 2014, had their wedding plans over the past year and a half. But they kept it all under the wraps. For the wedding plans, Verlander’s now-wife had her focus on party, fun, food, and tequila.

In February, Upton talked about the wedding plans and said:

We haven’t done any details. We are getting married, but it’s really hard. Everyone’s always like, invite whoever you want, do whatever you want, don’t feel bad about it, but you feel bad!

Verlander supports his wife’s career and has been a cheerleader for her. He supports his now-wife, longtime girlfriend, as she covers the Sports Illustrated Swimsuit Issue and takes on tough workouts. Of course, Justin Verlander’s wife, Upton returns the favor by cheering her husband in his game.

We hope Kate Upton will enjoy her married life to the fullest being Justin Verlander’s wife.

On July 11, 2018, Kate Upton and her lover Justin Verlander welcomed their first child together. The duo gave birth to their kid, a baby girl, Genevieve Upton Verlander.

Watching you become a father has been one of the greatest joys in life. Vivi is so lucky to have such an inspiring loving and amazing father, we’re grateful for you every single day. Happy first Father’s Day @justinverlander

Verlander traded to the Houston Astros on August 31, 2017. He won all five of his regular-season starts with Houston Astros. His stats were a 1.06 ERA and 0.65 WHIP in those games. His pitching stats of 12-years long career is as follows:

Justin Verlander’s contract for two seasons with Hoston has guaranteed $56 million for the next two seasons.

In Justin Verlander’s career of 13 long years, he has been a top-five Cy Young finisher five times.

As of 2019, Justin Verlander’s net worth is around $85 million. He makes as much as $28 million per year from his career as a baseballer. In contrast to his net worth, his wife, Kate Upton has a fortune of around $20 million.