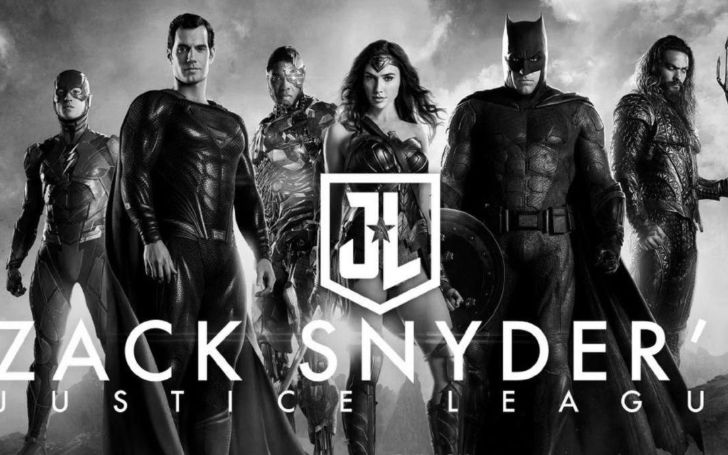 The first month of this year we were presented with WandaVision. The show was amazing and it kept us entertained. Essentially, it kept us at the edge of our seats. Similarly, DC finally gave in and greenlit Snyder’s Cut. Yes, on March 18, 2021, Justice League Snyder Cut was released on HBO Max.

What are the Differences between Original Cut and Snyder Cut?

The total runtime of the movie is 242 minutes long or 4 hours and 2 minutes. Moreover, the epic movie gives off a completely different vibe than the one we got back in 2017. Furthermore, every character in the movie got the screen time that they deserved. Snyder’s Cut gives us the perspective of everyone involved in the event.

Moving on, the four-hour epic story tells us about all the plot holes present in the original cut of the said movie. Likewise, the visual updates or changes in the movies are as different as night and day. Moreover, on the face, you can see the difference in the screen ratio. As 2017’s Justice League is shown in 16:9 ratio, while Justice League Snyder’s Cut is only in 4:3 ratio.

Snyder’s Cut also holds an edge over the original on CGI. In fact, Henry Cavil‘s face does have that weird lips anymore. Jokes aside, the armor worn by the character Steppenwolf looks truly amazing and otherworldly. Similarly, all the fights and chase sequences in the movie look absolutely breathtaking.

However, there are some scenes where the CGI looks a bit dodgy. In fact, the one that we’ve noticed more often is Ray Fisher‘s Cyborg. His jaws moved a bit awkwardly when he spoke. But given all the other spectacular effects on the movie, this small little issue hardly matters.

Recommended: Animated Spin-off of Game of Thrones in The Process

Another thing that we noticed is that the cinematic cut is significantly toned down than the director’s cut. The one we got back in 2017 was rated PG-13 while 2021’s Justice League is rated-R. And that R rating is made the movie more appealing for the fans. The best use of the R rating is when the Batman drops F-bombs.

Why Did They Change The Director of The Movie?

Back when the movie was still in the making, the studios were pretty skeptical about the R rating. And later, during post-productions Zack Snyder’s eighth child passed away. This was a heavy blow to the talented director. As such, he stopped trying to bring his vision for JL to the theaters.

Soon after, Zack left the project completely left the movie production. Afterward, Joss Whedon took the helm as the director. Not to say that Whedon isn’t talented, he is a capable director. However, he completely butchered the movie that Zack had planned out.

Instead of the dark and a bit realistic tone that Snyder was aiming for, Whedon we for a movie with more humor. What’s more, this caused a clash of concept with Zack’s previous movie Batman V Superman. Furthermore, BvS initially was used as a starting point for DCEU.

Is the Snyder Cut Better than the Original Cut?

Most definitely! Snyder Cut is vastly superior to the lackluster Justice League we got back in 2017. Moreover, it became the final nail in the coffin for DCEU. Many fans returned home disappointed.

The four-hour-long movie has the better presentations. Vastly superior storytelling and plot progression. Likewise, the movie explains most of the plot holes left by the original cut.

Don’t miss out: Constance Wu and Her Boyfriend, Ryan Kattner Gave Birth To Their First Child

All the easter egg and attention to details make it a better movie than the original. At this point, we can call it the better version of the Justice League movie. At the very end, we’d like to say that this movie is an apology and a love letter to all the DC fans, to comic book fans in general.