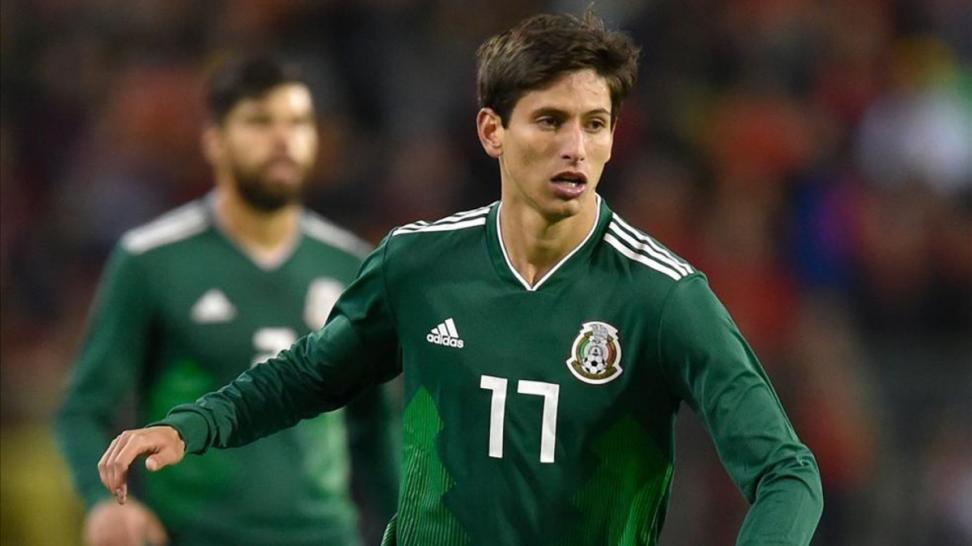 After the break for Christmas, Tigres UANL has returned to the preseason work. In the course, Tigres UANL winger Jürgen Damm joined the group work in both physical and football. Due to an injured ankle, Damm had missed the final part of the tournament. However, he is back in the field on the training sessions.

The Mexican professional footballer Damm who currently plays for Liga MX club Tigres UANL is all set to show his magic in the field. According to a study led by Mexican club Pachuca, and sponsored by FIFA, he is the second fastest player in the world, after Gareth Bale. He is capable of ranging 36.33 km/h running with the ball. Isn’t that quick?

Here’ everything you want to know about Jürgen Damm wife, salary, net worth, age, bio, and wiki! Keep reading!

Who is Jürgen Damm Wife?

Having a rolling career and a perfect family is exceptional but not for Jürgen Damm. Similar to his prosperous career, Damm is a happy family man. If you wonder where is Damm is when he is not playing football, he will be with his beautiful wife and daughter.

Damm is married to his wife, Monse Reynoso. Though there are no exact details of their married life, the two seems to have a happy relationship since the beginning of his career. Together with his wife, Damm has a beautiful daughter named Sofi Damm. On March 18, 2018, Damm’ daughter turned three.

At present, Damm and his wife enjoying their parenthood. Outside of the soccer field, he likes spending time with his daughter and wife. Without any doubts, his family is the most important thing in his life even before football.

Jürgen Damm Net Worth and Salary

Speaking of Jürgen Damm net worth, since the age 18 he has been playing professional football. At first, he played for Estudiantes Tecos on loan. On 30 June 2013, Tecos transferred him to Pachuca. In the 2014–15 CONCACAF Champions League,  he scored a goal for Pachuca against Municipal.

Caption: Jürgen Damm on the team

In 2015, Damm joined Tigres UANL in a stated $8 million deal. On 18 March 2015, he received his first call-up for Mexico. According to reports, West Ham offered £4m for the winger. Currently his market value his 3, 50 Mill. €.  However, he hasn’t revealed his salary yet. Besides football, Jürgen Damm net worth came from all his sponsorship deals with Nike and other sports brands.

As of 2018, Jürgen Damm net worth is under review.

Jürgen Damm Rascón was born in 1992 in Tuxpan Veracruz, Mexico in an upper-middle-class family. Damm’ paternal grandfather is originally from Germany. Due to his father’s job, his family moved to Toronto when he was two. After two years in Canada, his family went back to Mexico and settled in Guadalajara. Damm was not allowed to join any football clubs until age 17 as his father always prioritized education first due to their family legacy. Therefore, he pursued a degree in Business Administration.

Later, Magdaleno Mercado spotted Damm and invited him to a tryout with Atlas. They transferred him to the youth team of Estudiantes Tecos under trainer Francisco Chavez.

Damm celebrates his birthday on 7 November that makes his age 26. He is of German ethnicity. The Mexican footballer Damm has a height of 6 feet and 2 inches.