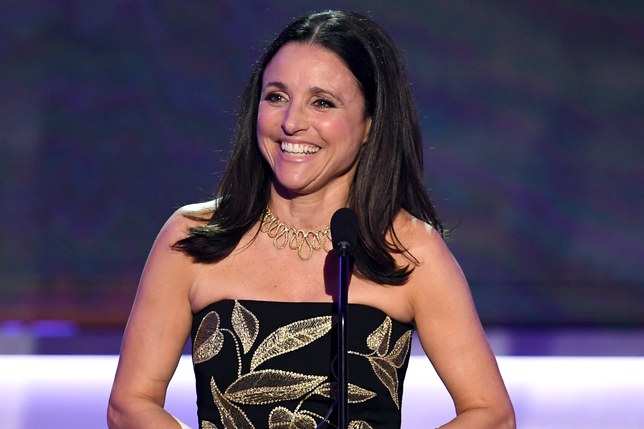 One of the most decorated Emmy winners, Julia Louis-Dreyfus, will soon add another award on her mantel. The Kennedy Center will honor the American actress and comedian, Julia with ‘Mark Twain Prize‘ for American Humor, an award given to the world’s greatest humorists. From the show Saturday Night Live to Veep, she has been continuously entertaining the audiences with her impeccable humor. With that much of stardom, people are undoubtedly eager to know about Julia Louis-Dreyfus married life. So, who is Julia Louis-Dreyfus husband?

Married Life, Husband, and Children of Julia Louis-Dreyfus: Who is She Married To?

Her life partner, Brad is also acknowledged as a Saturday Night Live comedian. She met her husband while they were at Northwestern University and later, got married on June 25, 1987.

Despite facing many ups and downs in their married life, they have been married to each other for more than 30 years. They never let any external factors like extramarital affairs, divorce come in between their love and unbreakable bond. Isn’t it rare to find a marriage like this?

At present, Julia Louis-Dreyfus is living happily with her husband and children.

Julia Louis-Dreyfus’ Net Worth: How Much is Her Fortune?

As of 2018, Julia Louis-Dreyfus’s net worth is estimated to be around $200 million. However, at the moment, she has made an estimated total fortune of around $225 million as of 2019. Her father was an aristocrat with a jaw-dropping net worth of $4 billion at the time of his demise.

Julia Louis-Dreyfus, as an actress and comedienne, started off her career from the TV show, “Saturday Night Live” in 1982. But in 1986, she debuted in the movie industry from a dark fantasy comedy film, “Troll.’’ She appeared as Elaine Benes in 1990 in one of her career milestones, “Seinfeld.” Likewise, some of her other TV shows are “Dinosaurs,” “The Single Guy,” and “London Suite’’.

In the meantime, she did several movies like “North,” “Father’s Day,” “A Bug’s Life,” and others. Moreover, she also acted in her production from “Watching Ellie” in 2002. Her character Christine Campbell in “The New Adventures of Old Christine” extended her stardom. She once said:

I’m open to any material that’s good. Be it a short film, be it a feature-length film. I mean, good ideas aren’t low-hanging fruit ready to be picked. They’re sometimes very hard to come by. So I’m interested in good ideas no matter what form they take.

Lately, she appeared in political satire television series, “Veep.’’ Besides, Julia did a voice over of Rochelle in the animated film, “Planes” in 2013. Recently, the news of The Kennedy Center awarding her the Mark Twain Prize for American Humor adds another benchmark in her career.

Well, this is insanely exciting. https://t.co/aqZUlJEwxd

Recently, Julia has her engagement in two movies, one of the movies Downhill has already finished its filming process and now is in the post-production phase. The second movie, she is associated with is Onward, where she is voicing one of the characters.

The eminent personality of Hollywood, Julia Louis-Dreyfus was born as Julia Scarlett Elizabeth Louis-Dreyfus in 1961 in New York. She was born to her parents, father Gerard Louis-Dreyfus and mother, Judith LeFever. For her education, Julia attended Holton-Arms School in Bethesda, Maryland and later enrolled at Northwestern University in Evanston, Illinois. 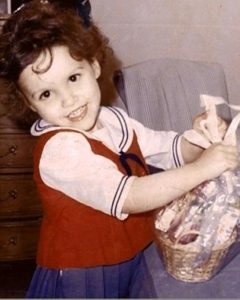 Julia Louis-Dreyfus celebrates her birthday on the 13th of January and is currently at the age of 57. He has a mixed ethnicity as she has English, French, German, Scottish, Mexican, and Scots-Irish descent.

Julia Louis-Dreyfus has a decent height of 5 feet 3 inches.