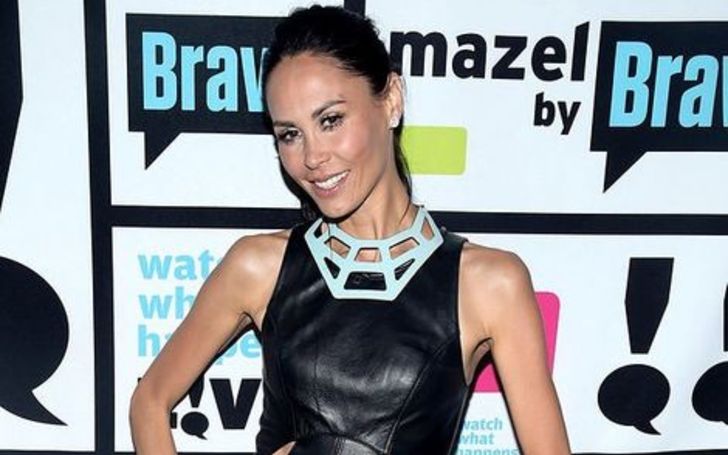 If you are a fan of the TV reality show, The Real Housewives then you probably know about Jules Wainstein. The former star of the RHONY is currently functioning as a socialite and a philanthropist.

Well, this is just a brief detail of Wainstein’s professional life. But, what about her personal life? To kill all the queries related to Jules personal life, just read this article till the end

Before getting fame, Jules Wainstein followed her father’s footsteps, a fashion entrepreneur, by attending the Fashion Institute of Technology in New York before working as an assistant buyer and designer for a boutique fashion company.

Currently, Jules Wainstein is most probably single. Previously, she was married to the investor of the Private Capital Group, Michael Wainstein. The ex-husband and wife tied the knot in mid-2008 in a private ceremony. In fact, the former duo also shares two children, Rio and Jagger Wainstein.

Ending 8 years of the marital relationship was not easy for Jules. Even if there occurred several contentious Real Housewives divorces over the last ten years including Vicki and Don, Bethenny and Jason, Cynthia and Peter, Yolanda and David, Jules and Michael’s divorce is still probably considered the most insane Real Housewives divorce of all time.

The former pair divorce turned ugly after Jules claimed that she caught Michael cheating on her. However, Michael lawyer, Marks Jay Heller was not ready to agree and told the charges to be false. In spite of lots of allegations from both the parties side, their divorce finally got finalized.

Jules currently is living a single and happy life with her children’s. Not to mention, she frequently uploads the pictures of her kids on her social media account.

The net worth of Jules Wainstein is estimated to be $1 Million. Jules is focused on earning money from her latest money-making venture which is a product called Modern Alkeme, an ancient Japanese recipe cleansing tonic.

Apart from Jules Housewives series, she is also featured in other television series like FabLife, and Watch What Happens: Live, Hollywood Today Live.

With the company slowly establishing in the market, her net worth is sure to get a boost in a few years time. The jobs she did earlier in her past as buyers and event planners had raked her up to $50,000 per year.

On another hand, Jules receives $200 every week for her children as a food bill and also receives $10k every month from her former husband, Michael for child support. Furthermore, she also sold her penthouse apartment and currently resides at her home in the legendary Apthorp on the Upper West Side which costs $995,000.

Having a slim body type, Jules Wainstein weighs 52 kg. Similarly, Wainstein’s height is a solid 5 feet 3 inches. Likewise, her natural hair color is dark black and her eyes color is brown. However, she usually uses the natural hair color of amber. Furthermore, her body measures about 32-24-34 inches respectively.

What is the birthplace of Jules Wainstein?

How tall is Jules Wainstein?

What is the weight of Jules Wainstein?

What is the birthdate of Jules Wainstein?

What are the hair colors of Jules Wainstein?

What are the eye colors of Jules Wainstein?