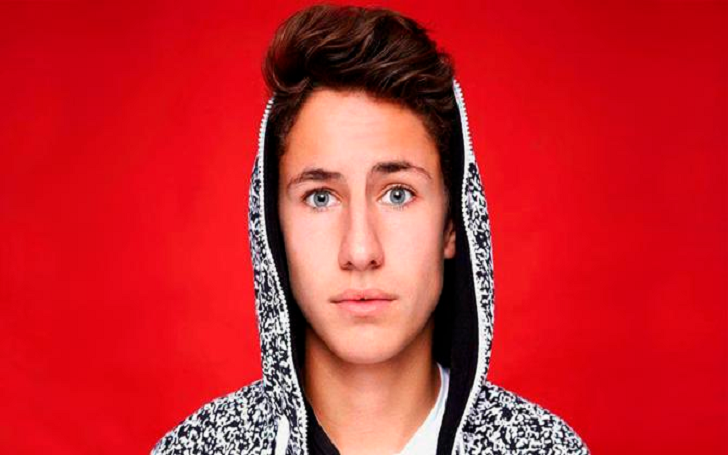 YouTubers and Vloggers are nowadays more popular. Among such personality, Juanpa Zurita is the one, most notable for Instagram skits, vlogs, and YouTube videos. He is also an Instagram celebrity who has more than 12.4 million followers. His YouTube channel has more than 5.8 million subscribers.

As Juanpa Zurita has millions of followers, his fans are more concerned about his personal life as well. Many girls dream to have a date with him and be his girlfriend. But what about the guy himself? Is he open to find love in his life? Or is he already busy dating his girlfriend? The answers to these sort of questions are of high concern to Zurita’s fans. So, are you one of those fans?

If yes, then be with us a little more and find out yourself.

Juanpa Zurita most often faces a similar question in most of the interviews, “Are you dating Lele Pons?” But every time, he denies the question and ends with a statement “We are just close friends!”

Fans always speculate that Lele Pons is the one who has captured Zurita’s heart and is a girlfriend of Zurita. They often make a trip or vacation together. Meanwhile, Lele has posted a video on Instagram where she checks whether her boyfriend, Zurita is loyal or not.

This is just a video for her fans, but it doesn’t demonstrate that she is a girlfriend of Zurita. However, Lele addressed their dating rumors back in June 2016 and said:

No, we’re not dating. Maybe in the future. We’re really close as friends. Sorry

Meanwhile, besides denying the dating rumors, Lele mentioned that they could be dating in the future.

You May Also Like: Is Instagram Model Tori Brixx Allegedly Dating Someone; Who is Her Boyfriend? Know Her Age, Career, and Net Worth!

It seems her statement is being right. Zurita and her rumored girlfriend, Lele ended in kissing each other behind the screen at the 2017 MTV MIAW Awards in Mexico City on 3rd June 2017. Lele even posted the photo of their liplock kiss on Instagram.

The kiss was super steamy, and fans were excited to see the picture. Though the picture doesn’t confirm their dating rumors, the duo evidently enjoys each other’s company and have an affection for each other.

We hope if Juanpa is dating Lele then he will soon announce her as his girlfriend.

Juanpa Zurita, who celebrates his birthday on 29th March, is a Mexican internet personality, model, and vlogger. His real name is Juan Pablo “Juanpa” Martínez-Zurita Arellano and was born in the year of 1996 in Mexico city. His parents are Fernando Martínez Zurita and Teresa Arellano. He has three siblings: one sister, Paola Zurita and two brothers: Fernando Zurita and Andres Zurita.

Zurita’s parents are Fernando Martínez Zurita and Teresa Arellano. He has three siblings: one sister, Paola Zurita and two brothers: Fernando Zurita and Andres Zurita. His family settled down in Washington D.C when he was a youth and currently lives in Los Angeles.

Recommended: Who is Ashton Irwin Dating? Know her Past Affairs and Relationships

Zurita started his career since July 11, 2013, when he posted his first Vine named “That dog killed Chuck Norris and was after me.” He then subsequently created vines with his brother, Andres, and friend, Jerome Jarre.

When Vine shut down in 2017, he collected all of his videos on YouTube. He is most popular on Instagram and started modeling as well and postured to promote Calvin Klein underwear in October 2016. He even postured for Vogue Mexico in July 2017.

Juanpa has made a big screen debut in the movie Airplane mode in 2017.

As a YouTuber, Vlogger, model, and actor, Juanpa has made himself worthy of an enormous amount of money. He enjoys an estimated net worth of $1.5 million at a minimum age of 21.

His current fortune is from his success on Vine, Youtube.