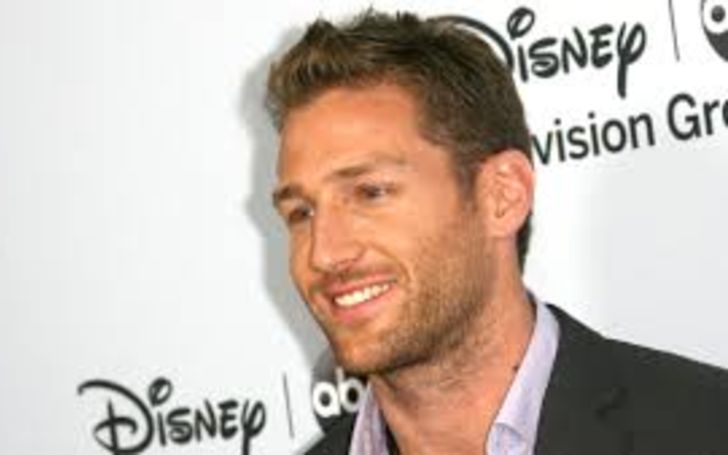 When most of the retired soccer players pursue a career as pundits or coach, Juan Pablo Galavis chose a different path. The former Miami FC player got famous after featuring in ABC-TV reality show, The Bachelor.

Once a professional footballer, Galavis rose to fame after appearing in The Bachelor as the first-ever Latino star in the entire edition. So, how is the retired footballer enjoying life in the entertainment industry? Let’s find out all the details about the personal growth and net worth of the ABC star.

Juan Pablo Galavis: Famous After Appearing in The Bachelor

Juan Pablo Galavis always possessed a great interest in the television industry but didn’t pursue it until his retirement from the primary profession. Although he previously appeared in The Bachelorette in May 2013, his stay was pretty short. However, the ABC announced that he would star in season 18 of The Bachelor on August 5, 2013.

The Latino star couldn’t stop himself indulging in a controversial situation in the show. He made some offensive comments on the show’s gay portrayal. Surprisingly, he thought that it wouldn’t be a pretty good example for the kids. Contrary to the comments, the network of ABC and Warner responded that Galavis was careless, thoughtless, and insensitive.

The issue solved pretty quickly as the retired footballer apologized, but most of the followers would forget how he thinks about gays.

As the Bachelor, Juan Pablo searched for his soulmate throughout a wide range of contestants. Courtesy of the stature of the ABC show, Galavis accumulated a large portion of fans; however, he failed to keep most of them on his side. Even though Nikki Ferrell won the competition, the Miami FC player refused to propose the winner who made a lot of fans unhappy.

It isn’t that the duo didn’t try to make their love work. The Bachelor winner revealed that Galavis said the three golden words, ‘I love you’ to her, but that wasn’t enough in the long run. The two dated each other for quite some time like a healthy relationship. Even though they tried everything, the duo parted ways with a conclusion that they were different types of persons who couldn’t just work together.

Galavis and Ferell were on the VH1’s Couples Therapy, where everyone tried to get them together and fall in love. Likewise, the diva claimed that they tried everything in their real lives as well. But, sometimes, things just don’t tend to happen. Thus, they broke up, which disappointed many fans.

Galavis Has A Daughter From Past Relationship

The Latino star, Juan Pablo Galavis, became a father for the first time on February 14, 2009. At that time, he used to date Venezuelan actress Carla Rodriguez. It seemed that the couple was deeply in love as they welcomed their daughter, Camila.

YouTube: Juan Pablo Galavis gives an interview in After the Rose.

Things fell apart shortly after they welcomed their daughter, who happened to be a token of love from their time together. Although they broke up, both of them still create enough time to spend with the adorable daughter, who just turned 10.

Juan Pablo Galavis is Married: No Longer a Bachelor

The retired footballer, Juan Pablo Galavis, is a married man. Following his tough season at The Bachelor, he moved far from the world of Bachelor. Fortunately, he found some luck this time in the form of Osmariel Villalobos, a TV host. Even he didn’t know that the particular diva would change his life.

Galavis married the gorgeous model, Osmariel Villalobos, in a beautiful wedding ceremony in August 2017. The former Bachelor often expresses his love for the actress on his social media handles with beautiful pictures together. In spite of being a father to Camila, from his past relationship, the bride didn’t see it as a problem as she loved him so dearly.

You may also like: NBA star Rodney Stuckey married to Cassandra Ferguson.

Already a father, the former footballer, couldn’t wait to create a new family with his lovely wife. “I am trying to find a way to trick her into getting pregnant,” said former Bachelor Juan Pablo Galavis in an interview.