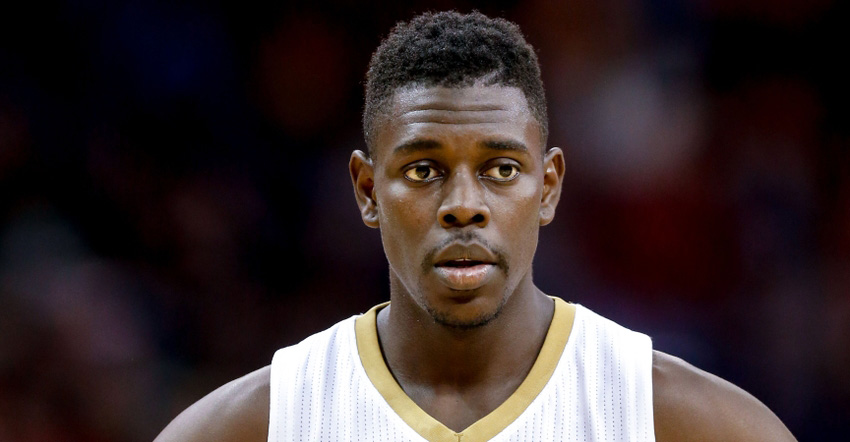 One of the famous and most wanted basketball players in American history’s credit goes to Jrue Holiday. As of now, he is one of the best players of New Orleans Pelicans of the National Basketball Association (NBA). Jrue is a professional basketball player who is active in basketball career from college life to date. He is also a loving husband of the famous American retired professional soccer player, Lauren Cheney. Do you want to know more about Jrue Holiday’ wife? How is Jrue Holiday’ marital life with his wife; does he have any children? Along with the married life, you must be eager to find out Jrue Holiday’ net worth.

Jrue Holiday is a happily married man with a beautiful wife. He is also the father of one child. He married an American retired professional soccer player, Lauren Cheney. The couple began dating each other since 2008. After dating for a few years, he married Lauren on 7 July 2013.

Jrue welcomed a daughter Jrue Tyler Holiday in June 2016 with his wife, Lauren. But Jrue Holiday’s wife, Lauren had to suffer from a Brain tumor during the pregnancy period but later the tumor got removed.

At the moment, Jrue Holiday and Lauren with their child are living happily together. Many people criticize their relationship as his wife is White, and he is Black.

Jrue Holiday started his career as a basketball player since his high school life. He attended Campbell Hall School and played for his school. He was named the Gatorade National Player of the Year in 2008 and a Parade Magazine First Team All-American. After then he played for UCLA during his college days.

Holiday started his professional basketball career after Philadelphia 76ers selected him in the 2009 NBA draft. He gave much credit to the team by setting records during his playing career for Philadelphia 76ers. Among them, he recorded his second career triple-double with 16 points, ten rebounds, and ten assists against the Suns on January 2, 2013. During his fourth season, he received the title of NBA All-Star.

In seven NBA seasons, Jrue has appeared in 437 games with 370 starts, averaging 14.1 points, 6.1 assists, 3.5 rebounds, and 1.4 steals in 32.2 minutes per game while shooting 43.9% from the floor, 36.8% from a 3-point range and 80.1% from the line. He has 50 career double-doubles, including two triple-doubles. In July 2017, the Pelicans and free-agent guard Jrue Holiday have agreed on a five-year, $126 million contract with incentives that could be worth up to $150 million, with a fifth-year player option according to ESPN reports.

Jrue Holiday whose real name is Jrue Randall Holiday was born on June 12, 1990, in Chatsworth, California. His age is now 28 years, and he is actively developing his basketball career. Regarding Jrue Holiday’s height, he has a decent height of 6 feet and 4 inches with 93 kg of weight. His older brother, Justin, also became an NBA player. His younger brother, Aaron, plays college basketball at UCLA.

Jrue Holiday’s nationality is American, and his ethnicity is African American. Information regarding his parents is still unknown to the public. However, his father and mother’s name is Toya Holiday and father’s name is Shawn Holiday.

Jrue Holiday is a professional American basketball player in NBA who signed a new contract with New Orleans Pelicans worth $126 million for five years. He previously played for Philadelphia 76ers for almost four years and also played for his high school team. Hence, Jrue Holiday’ net worth must be remarkable as he is one of the highest rated basketball players of his generation.

As of 2018, Jrue Holiday’s net worth is estimated at about $22.1 million. As he still plays for New Orleans, his net worth will upsurge in the coming days. Hence, if you’re one of his fans, stay connected with us; we will soon be updating you with Jrue Holiday’ net worth (the latest figure).