American Journalist Richard Engel Welcomed Baby with his longtime girlfriend turned wife! What about his career and networth 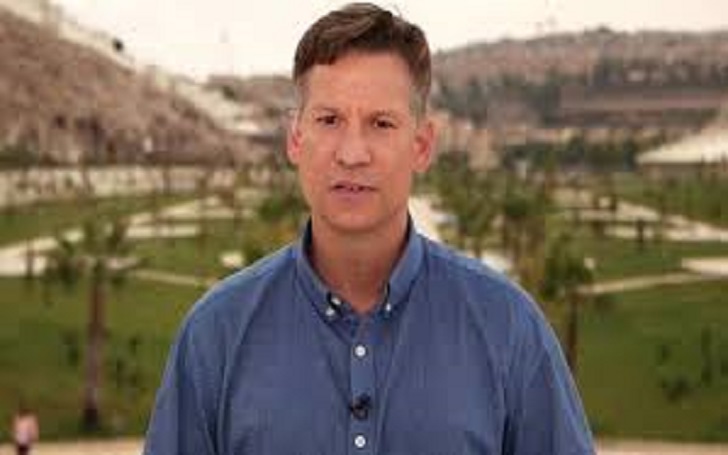 Welcoming a new family member together with one’s life partner is one of the happiest and magical moment for any couple. No doubt this is every couple’s dream. Similarly, the American author and journalist Richard Engel shares his happiness of being a dad and welcomes the baby with his wife.

I bet you’re wondering who his wife is. So, without further ado dig into the article to get a glimpse at his married life.

Richard Engel and his wife blessed with a new family member.

Richard first met his wife seven years ago on Martha Stewart’s show while appearing as a guest. Not long after their first meet, they started dating and was in a deep relationship with his girlfriend who is now his wife.

The duo got married after being in five years of relationship on May 29, 2015. The journalists who don’t really speak up about his personal life tweeted on his official Twitter account about his marriage.  Let’s check it out.

So happy. Just got married! To @MaryKForrest . My longtime love and girlfriend.

Yes, you read that right. Richard Engel is married to the freelance producer Mary Forrest and shares an unconditional bond. The couple has managed to maintain a healthy relationship without any speculations and rumors. We can see his happiness and excitement as the post speaks for itself.

Forrest was pregnant before getting married and the couple is now proud parents of their baby boy whose name is Henry Thomas Engel. He shared the news of his son’s birth on Twitter who was born on September 29, 2015. Let’s look through his Twitter post.

couldn't be happier to welcome our baby boy. mom and baby both well. so excited for his, and our, adventure. pic.twitter.com/0lVdTAuOdC

Richard and he wife Mary Forrest is now spending quality time with their son Henry and have immense love for their son. Though the couple has not publicized any news regarding their son or family in the media(which is totally their choice) we can say that the couple along with their family is having a blissful time.

Let’s look into his career!

The NBC News Chief foreign correspondent did his schooling from Riverdale Country School and got his Bachelors degree in International Relations from Stanford University.  Later he was an intern at CNN business news in New York City.

But he didn’t settle down for jobs in New York; instead, he left for Cairo where he worked as a freelance reporter for four years.  He polished his raw journalist skills and later worked with famous productions like USA Today, BBC News, ABC News, Reuters and the list goes on.

As the saying goes “With great power comes great responsibility”, Engel was appointed as the foreign correspondent to cover news of the war happening in countries like Iraq, Lebanon, Israel, Egypt, Afghanistan and many other countries that were going through the aftermath of the war.

Being a reporter/journalist is more challenging and risky. Going through two near-death experience while covering the Iraq war cases and conflicts, Engel has managed to earn a huge name and respect in the news business.

Richard’s Bio and net worth

Born on Sept 16, 1973, Ensel is well known for his determination and dedication towards his work. Currently the Chief Foreign Correspondent for NBC News, Richard also is an author and has written on his experience in working with the coverage of Iraq news.

At the age of 45,  Richard manages to look handsome and young and have a handful of experience in covering the conflict and war cases of many countries. This American journalist has a net worth of around $4 million which he deserves according to the efforts he puts into his works.