Jordana Spiro is a Married Person; Has A Child With Her Partner 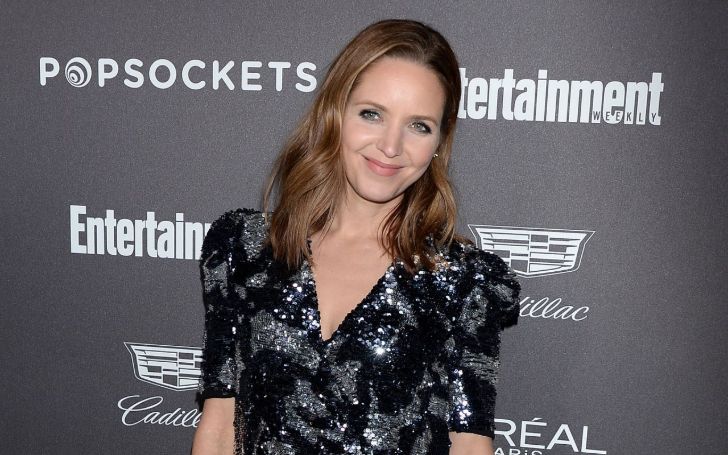 No matter what profession someone might involve in, there is someone everyone looks up to. In the case of the television world, Jordana Spiro’s name comes to many young actor’s lists. Over her illustrious career, she played in successful shows like Ozark, My Boys, The Huntress, The Mob Doctor, and many others.

At the same time, in recent years, it is hard to overlook what she has been doing behind the camera as well. Her hard work and commitment towards the field are a few of the reasons why she has been so influential and successful.

How Is The Mob Doctor’s Life Going On?

Jordana is a married lady and is in matrimony with Matthew Spritzer. Her husband is a producer by profession.

The Good Wife star is yet to spill the beans on when she tied the knot with her spouse. There are no rumors of her relationship disputes and split between them. From her marriage, she also shares a daughter whom she gave birth in late 2014.

Although the actress has accounts on major social media platforms, she is not much active on it. She occasionally posts photos and videos of her activities.

Jordana’s Net Worth And Salary

The average salary of an actor in the U.S is $39.84 per hour and $50,235 in a year. However, as someone popular and renowned among the viewers like her, the lady takes in a handsome payroll. She receives $75 Thousand per episode from a television series.

On-screen, the actress, is most notable for as the main cast in the sitcom My Boys. She portrayed the character of Penelope and worked alongside actors Jim Gaffigan, Kyle Howard, Reid Scott, Michael Bunin. The hit series aired for four seasons with 49 episodes.

Check out the clip of Jordana Spiro’s Television series, My Boys!

At present, Spiro stars as one of the leading actors in the popular Netflix series Ozark. Playing the character of Rachel Garrison, she acted with Jason Bateman, Laura Linney, Sofia Hublitz, Skylar Gaertner.

Visit The Celebs Closet for more celebrity-related content and articles.