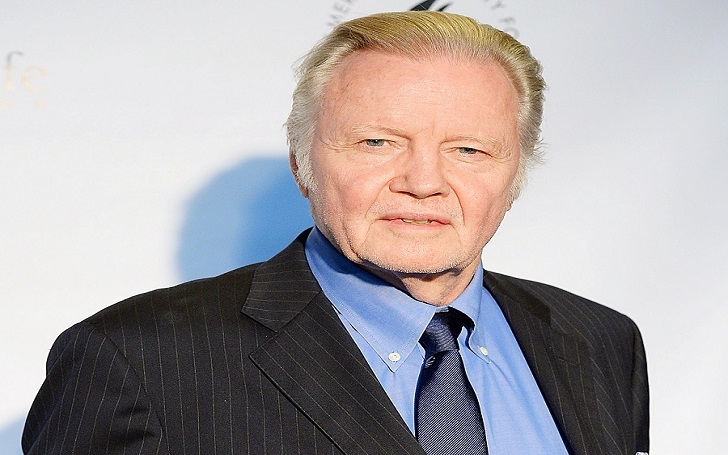 American actor Jon Voight is still in the field of acting, playing his roles even at the age of 78. His dedication and enthusiasm to work are really commendable. He has a great professional life but is his private life the same? It seems like past is still haunting Jon as his children are still cross with him. People who find true love claim themselves incredibly lucky. Is Jon Voight one on them? Let’s get in-depth about his private life and know details on his wife, divorce, children and more of his movies.

Jon Voight’s daughter Angelina prohibits him from seeing his grandchildren

Jon Voight is a father of two and grandfather of Angelina’s six kids. He got divorced from Angelina’s mother and left the family when Angelina was young. The truth behind their divorce is that Jon cheated on his ex-wife Marcheline. The father-of-two was an artist in residence at the University of California in Northridge. He was cast to play the role of Hamlet on the play, but he went ahead and cheated on his then-wife by hooking up with a very young actress named Stacy Pickren.

His daughter Angelina Jolie is still angry about all this with him. She believes that he was never a good role model and even if he is a grandfather to Angelina’s six kids, she doesn’t allow him to visit them. 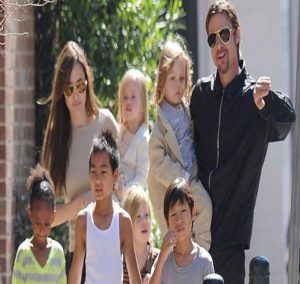 Caption: Angelina Jolie and her husband with their six children who are grandchildren of Jon Voight

A source claims that their relationship is still rocky,

“The bottom line is that Angelina just doesn’t like Jon and sees no reason why he deserves access to the kids. He was a horrible role model, and she’ll never forgive or forget the past,”

“Shiloh, oh boy, she’s a smart one, but she’s four years old, you can never tell what she does, her face lights up. They’re all smart. Z’s smart, they’re all smart I’ll tell you. “

He might be trying to make amends for his mistakes now because all the man wants to be loved by their family in the end.

Jon Voight has been married and divorced twice; Know more about his wife and children

Jon Voight’s first marriage was with his actress wife who goes by the name of Lauri Peters. They first met each other as they were cast for the movie called Nazi Messenger and married in the year 1962. The duo had several appearances together. They appeared in the Broadcast production play in National Shakespeare day in the year 1966. 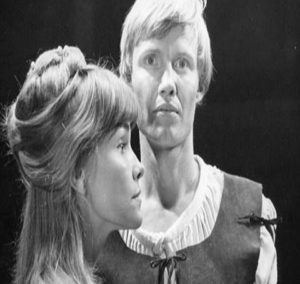 Caption: Divorced couple Jon Voight and Lauri Peters appeared together in the play Happiness didn’t last long for this couple as they broke up to the point of divorce. They opted for divorce in the year 1967. 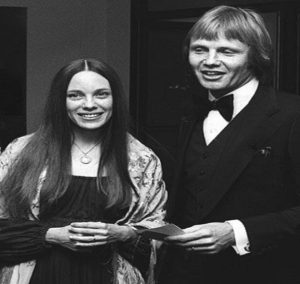 Caption: Marcheline Bertrand and Jon Voight in the year 1977 when they were married and happy together

They also have kids from this marriage. Yes, their son is actor James Haven who was born on May 11, 1973, and their daughter is none other than actress Angelina Jolie who was born on 4th June 1975. 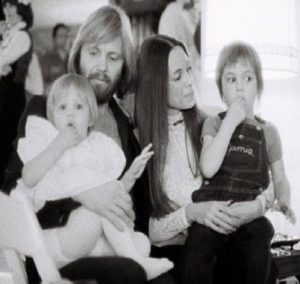 Caption: Jon Voight and his wife Marcheline with their son James Haven and daughter Angelina Jolie when their kids were still very young, and they were together

His ex-wife Marcheline is no more with us in this world. Angelina and James lost their mother to ovarian cancer in 2007.

American actor, Jon Voight’s birthdate, is on 29th December 1938. Hence, his bio claims that he is 78 years old by now. He has been a part of excellent movies and had significant roles to portray in the movies.  He made his start in the movies from the 1969 movie called Midnight Cowboy.

In 1978, he played his role in the film called Coming Home because of which he was able to grab Academy Award for Best Leading Actor. His other movies in which he played from major to trivial roles are Deliverance, The Champ, Heat, Mission: Impossible, The Rainmaker, Ali, Pearl Harbor Dracula: The Dark Prince, JL Ranch, Fantastic Beasts and Where to Find Them, etc.

For his diverse roles, he was awarded significant awards like Golden Globe, Primetime Emmy Awards, etc. His success has him reeling with a net worth of $55 million. Since he is still working even as of 2017, we suspect that his net worth is going to rise even higher.