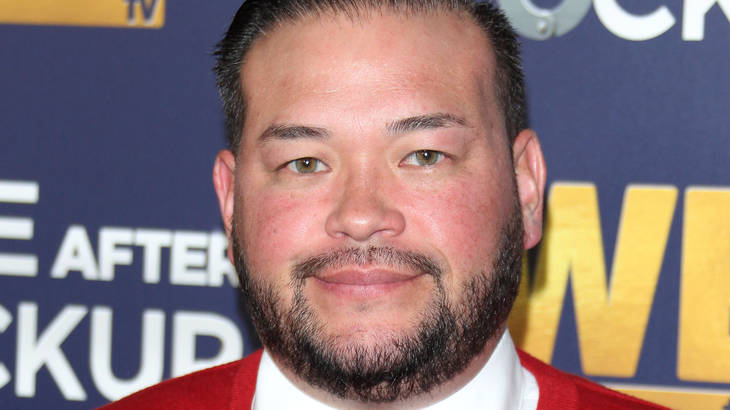 The American television personality Jon Gosselin came to the limelight from the reality TV show Jon & Kate Plus 8 along with his ex-wife, Kate Gosselin, and their eight kids. However, they began the show after Kate gave birth to their sextuplets whose ages are now 14.

Nevertheless, Jon and Kate’s divorce separated not only them but also their children. On October 24, 2018, Jon filed for physical and legal custody of one of his sextuplets, Collin. His attorney claimed that it would be his son, Collin’s best interest to live with him upon his release from an inpatient center, where he had been living since 2016. On December 4, 2018, Jon gained sole physical and legal custody of Collin, as his ex-wife, Kate, and her attorney failed to appear.

Recently, on December 26, 2018, Collin returned to home from the inpatient center home with Jon for good. Even though Jon and his wife, Kate, are no longer in touch, they are happy with their kids.

If you think Jon is currently single post his divorce with Kate, then you are in the wrong side. Since October 2014, Jon has been in a relationship with his girlfriend, Colleen Conrad. His current girlfriend is a registered nurse.

Right after Jon divorced his wife Kate, he began dating Hailey, who was the daughter of Kate’s surgeon. He also briefly dated Kate Major and Stephanie Santoro. Before his current girlfriend, he was in relationships with Ellen Ross and Liz Janetta.

In 2017, Jon took to Instagram and announced that his girlfriend, Colleen graduated from Drexel University in Philadelphia with Master’s Degree in Nursing. For now, they are still together.

Never knew Jon and his now ex-wife, Kate, would end up their marriage with a rough divorce. Let’s recall their married life in this section.

On October 8, 2000, Jon’s wife gave birth to their twin daughters named, Cara Nicole and Madelyn “Mady” Kate. After that, Jon was in contradiction of having a third child. But he and his wife, Kate, ultimately decided they would try again.

On May 10, 2004, their life changed after his wife gave birth to sextuplets. Amidst his sextuplets, they welcomed three sons – Aaden Jonathan, Collin Thomas, and Joel Kevin, and three daughters – Alexis Faith, Hannah Joy, and Leah Hope.

Happy 14th Birthday to Hannah, Leah, Alexis, Joel, Aaden and Collin!!! I can’t believe it’s been this long!!! Whew that when fast!!! Daddy loves you all very much!!!

The arrival of sextuplets in Jon and his wife’s life turned into a blessing to them as they got an offer for the television show Jon & Kate Plus 8 on TLC. In November 2008, they renewed their wedding vows in Hawaii in a ceremony with their eight children.

However, after ten years of blissful married life, Jon and Kate announced their divorce on 22 June 2009. His wife stated that the main reason behind their divorce was Jon cheating on her with Hailey Glassman, daughter of Kate’s surgeon. After months, their divorce finalized in December 2009.

Jon Gosselin Net worth and Job

Speaking of Jon Gosselin net worth, after his show Jon & Kate Plus 8 aired on TLC, he became an overnight celeb. His salary for each show was $22,500 until he departed from the show in 2009. After leaving the program, he started doing other jobs.

In 2011, Jon worked as a solar panel installer and as a waiter for two restaurants in Pennsylvania. However, he is now working as a DJ. He DJs 12 to 15 performances a month in his hometown. He also works as a prep cook eight hours a week at T.G.I. Friday’s.

Most of Jon Gosselin net worth undoubtedly came from the show Jon & Kate Plus 8. Besides, his book “Multiple Blessings: Surviving to Thriving with Twins and Sextuplets” was The New York Times Best Seller.

But what’s the figure of Jon Gosselin net worth?

Jonathan Keith Gosselin was born in 1977 in Wyomissing, Pennsylvania to his parents Pamela Castello (née Lyum) and Thomas Gosselin. His mother was a second-generation Korean American. His father worked as a pediatric dentist before he passed away on January 13, 2005.

He grew up alongside his two brothers, Thomas and Mark. He completed his graduation from Wyomissing High School in 1995.

Jon celebrates his birthday on April 1 that makes his current age 41. He is of mixed ethnicity having Korean descent from his mother’s side and French, Irish, and Welsh origin from his father.