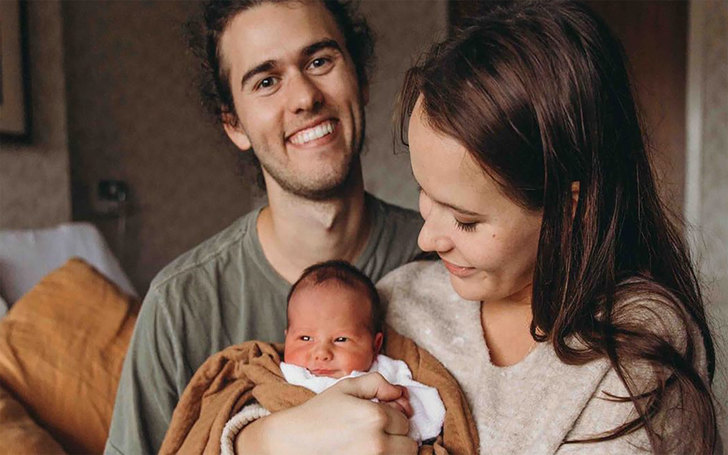 John Luke Robertson is an author and a devout Christian who rose to prominence for his appearance on his family reality TV show, Duck Dynasty which successfully ran for five years on A&E Network.

And throughout the years that showcased John Luke’s upbringing along with his five siblings on the duck hunting show, the Louisiana native has surprisingly accomplished more than as a TV star. But, is it as surprising as the fact that he is married and a father to one today?

However, Mary had no interest in him and constantly kept turning him down until she finally gave him a chance to impress her in March 2013. Luck was on John’s side, to say the least. The young love birds then immediately started their courtship.

John Popped the question on his 19th birthday party in the presence of their family and friends. What led John to ask for Mary’s hand in marriage at such a young age? The answer is his parents too who married young at 20.

John and his girlfriend turned wife aka Mary happily walked down the aisle eight months later in June 2015 surrounded by a whopping of 800 wedding guests at the groom’s family farm in Louisiana. Not to mention, John’s wedding was officiated by his father, Willie Robertson.

Of course, John Luke Robertson was inspired by his parent’s marriage. But, the Duck Dynasty young lad and his bride waited a few years to start their own family. Speaking of which, John and his wife, Mary Kate McEacharn only had their son four years later since their holy matrimony.

John and Mary welcomed their first child, an October Libra son named John Shepherd in 2019. Both new parents were over the moon to share the exciting news of their future heir on social media. Many of Duck Dynasty fans also congratulated the couple.

In the meantime, as of May 2020, John and Mary are both co-parenting their child whilst they also attend college in Virginia. According to MarriedWiki, the husband and wife moved to Virginia from their hometown Lousiana to study Christianity.

Stay tuned for more Biographies on The Celebs Closet.