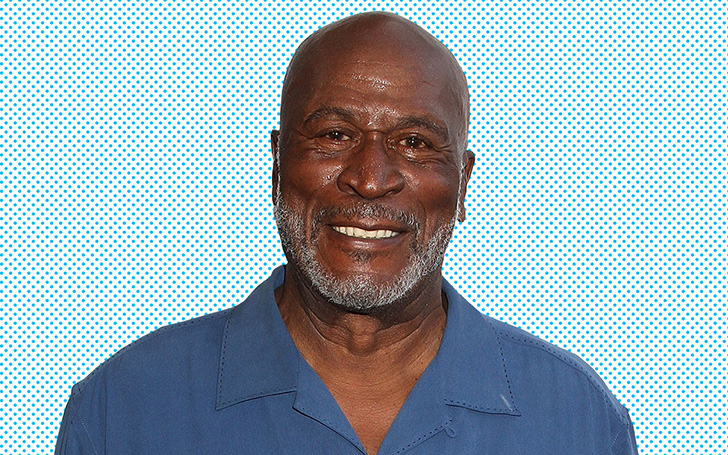 Over the past several years many actors have embraced the limelight of media gaining worldwide attention. John Amos is one of the legendary names in the movie industry who has set the standard of his own.

Best remembered for his role in the sitcom Good Times, the former footballer turned actor is a prominent figure in the television world. Let us go through more on the Roots Actor’s personal life, net worth, know about His wiki-bio including age, wife, son, children and so on.

What is John Amos’ Net Worth? John Amos’ Career (Movies and TV Shows)

Discussing on his net worth, most of John Amos’ earnings came from his acting profession. As of 2019, the former American footballer and actor boast a net worth of $3 million. Similarly, John earned a good amount of money from his appearance as a regular on Good Times and in many other TV shows and films.

In 1964, Amos joined the American Football League’s club Denver Broncos and signed as a free agent contract. Though, he was released after pulling a hamstring.
He later played with the Cleveland Bulldogs and Joliet Explorers of the United Football League. Later stage of his career, he returned to the Continental League where he played with the Victoria Steelers.

John Amos’ acting career began in the year 1970. He became well known in his first main TV role, playing the character Gordy Howard (the weatherman on The Mary Tyler Moore Show) from 1970 till 1973.

Although he is best known for his portrayal of James Evans, Sr., first appearing on the sitcom Maude. He continued the same role in 61 episodes of Good Times from 1974 to 1976.

In recent years, he played in the comedy television series The Ranch and Huntsville in 2016.

John Amos has married three times in his life till now. His first matrimonial relation was with artist and equestrian Noel Mickelson in 1965.

However, the former husband-wife divorced after 10 years of marriage in 1975. He and Noel have two children together, a daughter Shannon Amos and a son, K.C. Amos.

Moreover, his daughter Shannon is a successful writer/producer and founder of Afterglow Multimedia, LLC, whereas his son K.C. is a film director.
He re-married his second actress wife Lillian Lehman in 1978. Though the marriage only lasted for a year and the couple separated in 1979.

Since 1982, Amos is living a blissful married life with his third wife Elisabete De Sousa. Though he has not disclosed about his children from his third marriage yet.

John Allen Amos Jr. was born on December 27, 1939, in Newark, New Jersey. He is the son of mother Annabelle Amos and father John A. Amos, Sr., an auto mechanic.

He spent his childhood in East Orange, New Jersey. Similarly, John graduated from East Orange High School in 1958. He studied at Long Beach City College and graduated from Colorado State University. He graduated as a social worker with a degree in sociology.

After that, Amos also played football on the Colorado State Rams football team. Likewise, he was also a Golden Gloves boxing champion. Currently, Amos is a resident of Tewksbury Township, New Jersey.

John Amos stands 5 feet 11/2 inches(1.82 m) tall and weighs around 79 Kg. Similarly, both his eye and hair is black in color. Other than that there is no additional information available regarding his body measurements. He is currently 79 years old.

It's been a great summer! My manager and friends have me a wonderful surprise party celebrating my life and career thus far. Good times all around!