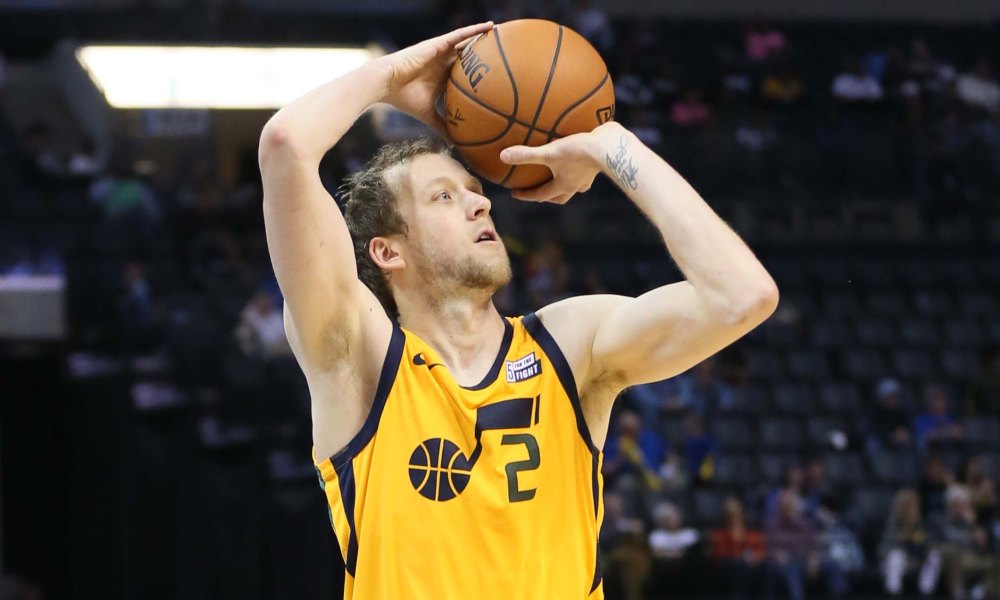 Joseph Howarth Ingles or say Joe Ingles is an Australian professional basketball player playing for the Utah Jazz of the National Basketball Association (NBA.) He is one of the important players for the Australian national team.

Starting the professional basketball playing career with South Dragons in 2006, now at the moment, Joe Ingles has been a common name and people praise him for his incredible skills and passion. Today, here we will be talking about Joe Ingles’s personal as well as professional career including his dating relationship, married life, children, net worth, sources of income, and more:

Who is Joe Ingles married to? Know his Married Life and Children

For your information; Joe Ingles married wife Renae Ingles back in the year 2015. Before tying the knot, the couple was enjoying a dating relationship for around nine years. After dating for such a long time, the couple decided to take their relationship to the next level, and in 2015, they called each other as husband and wife.

It’s been around three years that Joe Ingles married Renae Ingles but has already been in the relationship for twelve years. This makes us clear how the couple is deeply and madly in love with each other.

Renae moved from Australia to America to be with her husband Joe, and she explains that leaving the homeland and professional career behind is ultimately worth it when she sees her husband lying on the floor with her.

The couple was in a long distance relationship for almost a decade, thus thought to live under the same roof. While asked about Renae’s relationship with her husband and obstacles she faced:

The decision wasn’t easy. In terms of giving up my career, it was incredibly tough. If I were physically unable, it might have been easier. But my body hasn’t given up on me.

Speaking of Joe Ingles and Renae Ingles’s children, the couple has two children in total. Just after a year of marriage, the pair welcomed their first child, twins in 2016. The pair named their children like Jacob and Milla.

If you go to Joe and Renae’s Instagram, you might see their intimate pictures together. This clears shows the bond the couple shares and how happy they are as a family.

How much is Joe Ingles’s net worth? Know his Sources of Income, Contracts, Salary, and Deals

Before directly jumping into Joe Ingles’s net worth, let us tell you that Ingles is reportedly the highest paid Australian basketball player in the NBA. After signing $52 million deal with the Utah Jazz. He signed a four years contract with the Jazz for a whopping amount of $52 million deal.