Who Is Joe Eszterhas’ Wife? Know About His Bio, Wiki, Height, Net Worth, Age, Married Life 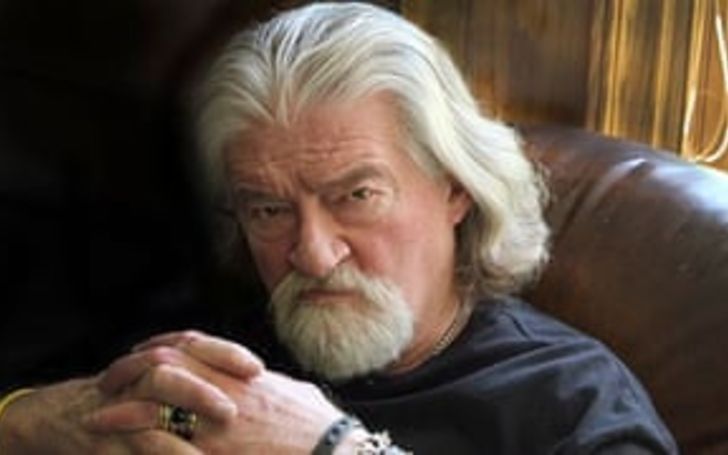 Can you guess how much a writer can make? Well, Joe Eszterhas is one of a few people who has made a huge fortune by writing books and screenplays. He has written screenplays for many movies like Flashdance, Jagged Edge, Showgirls, etc. Joe has also written a few books and autobiographies.

Joe Eszterhas is famous in Hollywood for his screenplays. He also has several unproduced screenplays and has written 7 books to date. Well, what about the writer’s private life? Is he married or is single? Read below if you want to find out more about his life, net worth, and wife.

Who Is Joe Eszterhas?

Joe Eszterhas, born József A. Eszterhas on November 23, 1944, in Csákánydoroszló, Hungary. He was born in a Catholic family. He is the son of Mária (née Bíró) and István Eszterhás, who were both Roman Catholics.

Talking about his career, Eszterhas worked as a senior editor for Rolling Stone from 1971 to 1975. During this period, he got nominated for National Book Award for his nonfiction work Charlie Simpson’s Apocalypse in 1974.

Eszterhas’ first produced screenplay was F.I.S.T., which was directed by director Norman Jewison. This was where his career as a screenwriter took off. After this, he contributed to writing the scripts of  Flashdance and wrote the screenplays of Jagged Edge, Jade, Betrayed, Sliver, and Basic Instinct. In 1995, Joe wrote Showgirls and won Golden Raspberry Award for “Worst Screenplay” for that year.

The star also wrote several best-selling books including autobiographies like Hollywood Animal, The Devil’s Guide to Hollywood, and Crossbearer: A Memoir of Faith, Heaven, and Mel among others

Joe Eszterhas’s Net Worth: How Much Does He Earn?

Joe Eszterhas is a very well-doing person with a net worth of a whopping $18 Million. He makes this money through his screenplay contributions and book sales.

Similarly, his books also contribute to his net worth as he has several best-selling books out there. His books like Hollywood Animal, The Devil’s Guide to Hollywood, Crossbearer: A Memoir of Faith, Heaven and Mel have been sold in huge quantities.

Joe Eszterhas’s Personal Life: Who Is His Wife?

Joe Eszterhas has walked down the aisle twice in his life. He married for the first time in 1972, with Geraldine Javer being her first wife.

The couple shares two children who completed their family. After having the children, the husband-wife pair decided to separate their ways. And finally, in 1994, the couple divorced and moved on in their life.

The writer tied the knot with his second wife, Naomi Baka on 30 July 1994 soon after he divorced his first spouse. The couple welcomes four children together. They are still together without any divorce rumor.

Where is the birthplace of Joe Eszterhas?

How old is Joe Eszterhas?

What is the Nationality of Joe Eszterhas?

Which Ethnicity does Joe Eszterhas belong to?

What is the color of Joe Eszterhas’s eyes?