Who Is Jimmy Chin? Everything You’d Like To Know About Jimmy Chin Wiki Facts To Net Worth To Married Life 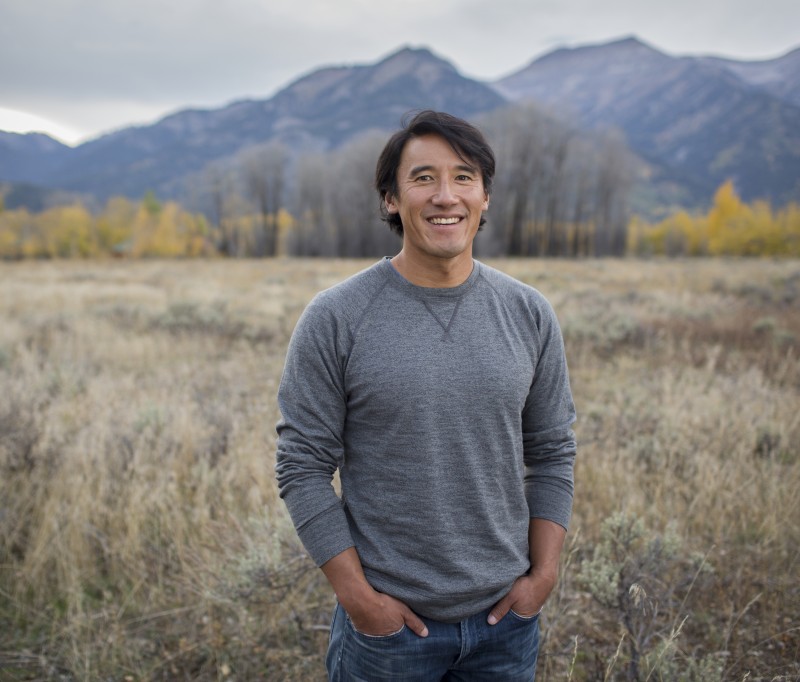 An American professional climber, mountaineer, as well as a photographer, Jimmy Chin has organized and led much climbing, ski-mountaineering and exploratory expeditions to China, Pakistan, Nepal, Tanzania, South Africa, Borneo, India, as well as Argentina. His achievements include climbing and skiing the Mount Everest from the summit, making first slopes of big walls and alpine towers in the Karakoram Mountains of Pakistan, and crossing the Chang Tang Plateau in northwestern Tibet.

Jimmy has been featured in numerous publications, including National Geographic, Outside and Men’s Journal. Apart from the successful career, he also has a successful love life. He is a married man. His wife is a producer as well as a director of independent films.

Also, read Amra Olevic Is Engaged To Her Boyfriend But When Is Their Wedding?

But who is Jimmy Chin wife? Are you keen to know about Jimmy Chin married life? Also, find the figure of Jimmy Chin net worth. On deck, we’ll be exploring Jimmy Chin wiki facts, bio, wife, children, net worth, age, height, parents, and family.

Jimmy tied the knot with his now-wife, Elizabeth Chai Vasarhelyi on 26th May 2013 at Amangani Resort in Jackson, Wyo. The couple’s friend, Robert S. DesLauriers performed the ceremony.

The couple welcomed their first child, Marin Chin in 2013. Elizabeth gave birth to their second child, but the identity of the child hasn’t been disclosed. Jimmy splits his time between Jackson Hole and New York City, where his wife, the acclaimed director, and two young children live.

Jimmy has already celebrated the 5th wedding anniversary with his wife and is still going strong. They are happily married and are enjoying their life elegantly without any rumors of divorce, separation or any disputes.

Jimmy organized numerous climbing expeditions to Pakistan’s Karakoram Mountains in his career and signed a sponsorship with The North Face in the year 2001. He joined a National Geographic expedition to make an unsupported crossing of the remote Chang Tang Plateau in Tibet which was featured in National Geographic’s April 2003 issue and documented in Rick Ridgeway’s book The Big Open.

Jimmy headed to Everest in the year 2003 with his friend and attempted the direct North Face via the Japanese Couloir to the Hornbein Couloir in alpine style, eschewing supplemental oxygen, fixed ropes, and camps. The troop was unsuccessful, and both were nearly killed in an avalanche. Jimmy achieved the first successful American ski descent of the Mount Everest in October 2006.

Ten years ago today we left on a little adventure to the Garwhal Himalaya…it changed the course of my life. You never know what will… @conrad_anker up high on Meru’s Shark’s Fin showing us the way.

On 3rd June 2017, Jimmy accompanied Alex Honnold on the first ever rope free ascent of El Capitan in Yosemite National Park. He started filming in the year 2003 under Rick Ridgeway. His first try as a cinematographer resulted in an hour-long television special for National Geographic called Deadly Fashion. He later worked with David Breashears, shooting Ed Viesturs climbing to the summit of Mount Everest.

Jimmy is a multitalented personality and has achieved a lot through his successful career. He is not only an experienced climber, but he is also a mountaineer, skier, director as well as a photographer, who has earned quite an impressive sum of an amount from his professional career.

But what’s the figure of Jimmy Chin net worth?

As of 2019, Jimmy Chin net worth is around $900 thousand. The man, as we all know, is a photographer, filmmaker, skier, and even a professional climber, so we don’t have to tell you how he earns his worth, do we?

The American professional climber Jimmy Chin was born in the year 1973 in Mankato, Minnesota, United States of America. His birthday falls on 12th October, which makes his age 44.

Jimmy was born to his Chinese-American parents, Frank chin and Yen Yen Chin. His parents wanted to instill the family’s culture in their son. So they spoke Chinese at home and taught Jimmy from the age of five until he was a teenager to draw Chinese characters and calligraphy using a brush and ink.

He attended Carleton College, where he received BA in Asian studies. He also went to Wayland Academy.