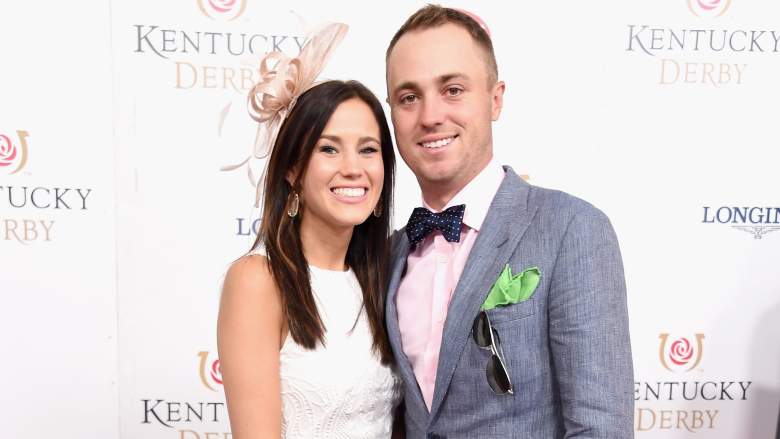 In 2017, the American professional golfer Justin Thomas won the FedEx Cup Championship. Along with his victory, his love life lured the hearts of many audiences.

Justin Thomas girlfriend, Jillian Wisniewski instantly made headlines after the two shared a victory kiss. Although Jillian does not make too many public appearances on tour with her boyfriend, she has always been his strength. Justin recently won the WGC Bridgestone Invitational in August.

Even though Jillian and her boyfriend, Justin, has made their relationship public, the couple seems clandestine about their first meeting. However, the duo has been together since 2016. Jillian Wisniewski boyfriend, Justin regularly updates their activities on social media.

Last year, Jillian almost missed her boyfriend, Justin’s big Major victory. Before the competition ended, she postponed her flight at the last minute after his fantastic performance.

“I truly felt like I was going to win, I remember my girlfriend was supposed to fly out at about 7pm and I was like. You need to change your flight to later, I just feel like I don’t want you to miss this. I feel like I’m going to get it done.”

After the victory, the pair celebrated the winning moment with a romantic kiss.

As of now, Jillian and her boyfriend are busy traveling around the world together. They haven’t announced anything regarding their engagement or wedding updates. They are enjoying their smooth relationship for almost two years.

As of 2018, Jillian Wisniewski net worth is under review. Nevertheless, her boyfriend, Justin Thomas net worth is estimated to be $30 million.

In 2015, Jillian graduated with a bachelor’s degree in journalism from the University of Kentucky. While in college, Jillian worked at the school’s Student Center. She wrote on her  LinkedIn page:

‘’My job at the UK Student Center involves me giving information to students and people visiting the campus. I also work in the office which helps to answer the phones and sort the mail. On occasion, I will help run errands or help with other staff of the building,”

In 2014, Jullian started her internship at McGarry Bowen Chicago. For three months, she served in the position of associate broadcast production intern. Following that, she learned about the production of commercials and radio spots. After the internship, she ended up getting herself a job of an administrative assistant in the company. After seven months, she moved up within the company. Since 2016, she works as a production business manager there.

Jillian was in a sorority in college. After her first year, she joined Pi Beta Phi. As a part of the union, she took on quite a few roles. In 2013, Jillian became the vice president of fraternity development. According to her Facebook, the sorority’s mission says:

“The mission of Pi Beta Phi Fraternity for Women is to promote friendship, develop women of intellect and integrity, cultivate leadership potential and enrich lives through community service.”

She has two brothers, Mark and Joseph, 19. She tends to stay private about her family, especially online.

Jillian seems to have a decent height as she is a bit smaller than her boyfriend, Justin. His height measures 5 feet 10 inches.