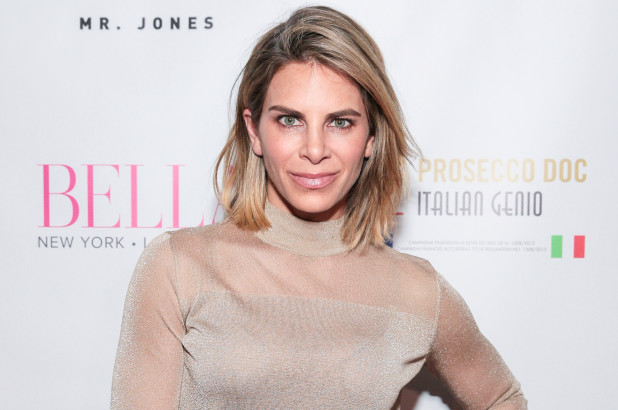 A key to happiness is a healthy lifestyle!

When you open your Instagram, you will either see a TikTok video or a makeup tutorial or a fitness video. Unlike those who follow the trend, the American personal trainer, entrepreneur, author, and television personality, Jillian Michaels is the one to hit the trending list all the time.

The fitness instructor Jillian is famous for her appearances on NBC’ The Biggest Loser. Besides, she also showed up on shows like The Doctors, Spike titled Sweat and Just Jillian. Many people are grateful to her books, workout plans, YouTube videos, diet tips, and fitness routine for the positive transformation in their lives. Since losing her home in the Woolsey’ fire, Jillian is busy looking for a shelter for Stanley giraffe. Isn’t she the kindest?

In May 2012, the duo adopted their then-two-year-old daughter, Lukensia Michaels Rhoades from Haiti. Some weeks earlier, Heidi gave birth to their son, Pheonix Michaels Rhoades, however, Phoenix’s father is not known.

Happy Mother’s Day from @firelightfarm and I. Hope you have a beautiful day with your loved ones!!

As of now, Jillian hasn’t been in any rumors related to her new partner. She seems super busy on helping people to stay fit and bring positivity in life.

Delving into Jillian Michaels’ net worth, the fitness instructor wears multiple feathers on her hat. On one hand, she is a fitness-related entrepreneur. On the other hand, she is also the author of more than six books on a healthy lifestyle.

As of 2018, Jillian Michaels’ net worth is estimated to be around $14 million, way more than the fellow instructor, Bob Harper’ net worth, who has a net worth of around $4 million.

The personal trainer Jillian Michaels’s workout plans include kickboxing, yoga, Pilates, plyometrics, and weight training. She possesses a personal training certificate from the National Exercise & Sports Trainers Association (NESTA) and another from The Aerobics and Fitness Association of America (AFAA). She is also a nutrition and wellness consultant certified by  American Fitness Professionals and Associates (AFPA).

In January 2012, she released a 90-day weight loss program, Body Revolution with all the workout plans and diet plan. Recently, she launched a program, BODYSHRED, which is a 30-minute workout class.

Reverse the effects of aging to maintain optimal health and beauty for life with the revolutionary 6 Keys program by New York Times-bestselling author, Jillian Michaels.https://t.co/Sii4sWUY1T pic.twitter.com/NcAMSLKke6

At present, Jillian is also evolving as a YouTuber. She has a self-titled YouTube channel where she uploads videos related to meal plans, dieting tips, workout techniques, and other fitness-related stuff. Currently, the channel has more than 41k subscribers with over 13 million views.

Jillian Barberie Michaels was born in 1974 in Los Angeles, California to her parents, JoAnn and Douglas McKarus, who is a lawyer. She went through a terrible childhood due to her parents’ divorce and bullying.

She recalls her childhood that she spent in Santa Monica, including night terrors and distress from verbal abuse by her classmates as a 5-foot 2-inch, 175-pound eighth-grader.

Jillian attended California State University, Northridge. Her educational detail besides this is quite unknown.

The fitness freak was born on February 18, 1974, that makes her age 44, only 2 days younger to Mahershala Ali. She is of mixed ethnicity having Syrian/Lebanese, Italian and Ashkenazi Jewish origin.

Jillian has a height of 5 feet 2 inches with the body measurement of 34-24-34 inches. Similarly, she has light brown hair with hazel eyes.