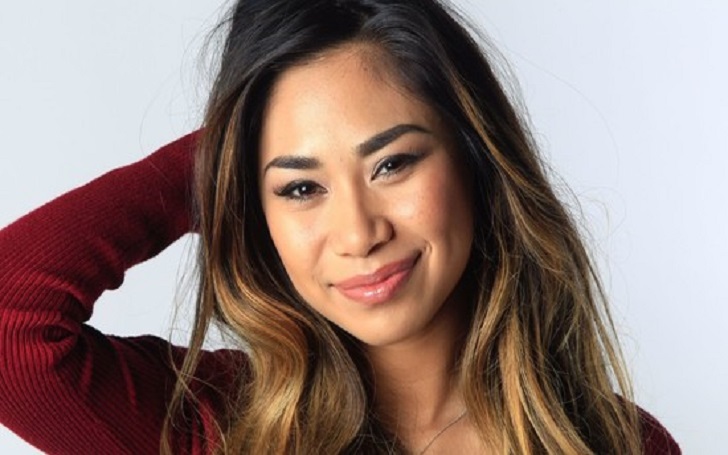 The world’s most famous Jessica Sanchez was runner-up of the American Idol eleventh season. Jessica Sanchez is Filipino – American R&B/pop singer and songwriter. Most of the music lover consider her voice as god gifted.

She was also a participant of the first season of American’s Got Talent. She has performed numerous songs and day by day she is gaining popularity form her outstanding performance. Jessica Sanchez has uploaded her songs on YouTube, where she has enormous viewers and is also active on social media like Instagram and Twitter.  But how is her personal life? Let’s get involve with Jessica Sanchez dating life, songs along with her net worth.

Jessica Sanchez was born in 1995, Chula Vista, California. Her real name is Jessica Elizabeth Sanchez. She is an attractive and talented girl with slim body and height of 5 feet 1 inch.

Jessica Sanchez parents are Edita and Gilbert Sanchez. Her mother is Filipina and father is Mexican-American, an officer of US Navy. In her family, she also has two younger brothers.

At the age of two, Jessica started singing, and now she stands as one of the best singers of the world. At the age of 10, Jessica participated in music television show Showtime at the Apollo, and at 11, she started to perform in one of the biggest show American Got Talent, where she got eliminated, but her performance did not end there. So, she was back on stage from the wildcard round of semifinal where she performed “I Surrender” by Celine Dion and got great comments from judges.

On September 22, 2008, before National Football League matchup between San Diego Chargers versus New York Jets, Jessica Sanchez performed a song  “The Star-Spangled Banner” and was invited to sing National Anthem during the match between Chargers versus Miami Dolphins in 2009.

After American Idol, on March 21, 2013, her first album Me, You & the Music was released. In 2014, she started to write a song for other artist and recording songs for her album. She began to post her video on YouTube; most of them are cover songs of famous artists. Some of her cover songs are  “Drunk in Love,” “Flawless,“ “Tattooed Heart,” “Problem,” and so on. Jessica released her new single music video “This Love” on  Z100 in Portland. After a year she signed a deal with Endemol Beyond USA. In 2016, she released songs “Call Me” and  “Stronger Together.”

But what about her dating life? Is Jessica Sanchez dating a boyfriend?

Yes jessica is my girlfriend;)

Caption: DeAndre Brackensick announced that he is Jessica Sanchez’s boyfriend.

He actually had a girlfriend during the show, so I didn’t think he would actually want a relationship

However, their dating relationship couldn’t last long, and they split. But recently Jessica Started posting pictures of her new boyfriend on her Instagram account. Though she has not mentioned the name of her boyfriend yet, the lovebirds look too smitten being with each other. Fans are also excited for Jessica Sanchez dating affair and have prayed for her dating affair to last forever.

couldn’t be happier. so smitten. 🌹

Jessica Sanchez is one of the successful women due to her beautiful natural voice. From her early age, she started her career and now became a famous singer of the world. But is she able to generate a massive net worth?

Since, Jessica Sanchez is also a social media influencer, she makes a ton from her career there. From just her Instagram, she might earn over $800 per ads post.  At the moment, she is promoting the lifestyle brand, Shein. So, from such, she must be receiving a hefty sum, isn’t she?