Skip to content
Home » Entertainment » Here’s the Net Worth of Jessica De Gouw!

Here’s the Net Worth of Jessica De Gouw! 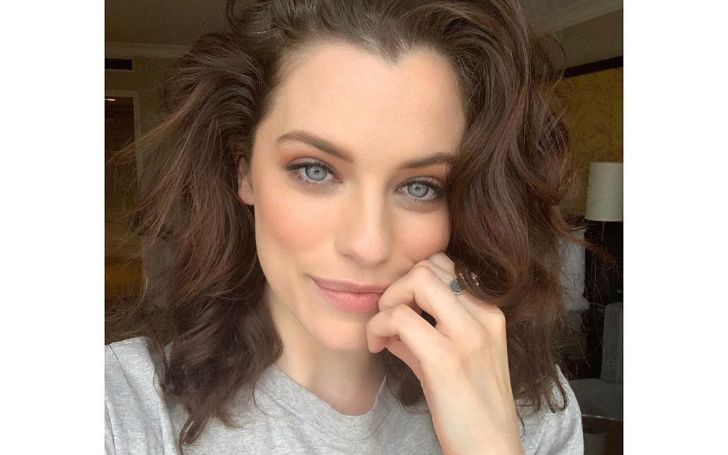 Who does not know the Australian actress Jessica De Gouw, who just completed her role, Young Holda, in the upcoming movie Gretel & Hansel?

Jessica is famous for her work as Helena Bertinelli in the TV series, Arrow and Mina Murray in the show Dracula. In this article, we will talk about her net worth and recent works.

Net Worth of Jessica De Gouw

If you guys are thinking how much wealth our Australian actress accumulated from her career, then let us tell you she holds a net worth of $10 million.

Jessica has accumulated those massive numbers from her work in different popular films and TV series. She played in many popular movies and shows in which she successfully won the heart of the viewers. Her fortunate career is the backbone of her massive fortune.

As mentioned above, Gouw’ work is captured in popular series like Arrow, Tricky Business, and other successful shows too.

In 2018, Jessica portrayed the role of Robyn Plaister in the movie, Riot. After that, she continuously played three TV series in 2019.

Gouw’ was a cast of the mini television show, The Hunting. In the series, she played as Eliza for four episodes. Then she became a part of the drama, The Crown, which focuses on the political rivalries and romance story of Queen Elizabeth II.

Another show in which we can see our beautiful actress is Vienna Blood. The series focuses on Max, a student of Sigmund Freud, who helps Detective Rheinhardt in the investigation of a series of disturbing murders, happened in the 1900s Vienna. She played the role of Amelia Lydgate and showed up in three episodes.

Jessica recently finished shooting for the new movie, Gretel and Hansel. Though she has had a number of movies under her belt, her broadway plays surely helped her portray Young Holda in the movie.

In the movie, we will observe Jessica as Young Holda, who is a witch in the story. The film is directed by American actor, screenwriter, and director Oz Perkins.

Sophia Lillis is potraying the role of Gretel, whereas Samuel Leakey is portraying Hansel. The show also stars Alice Krige, who portrays the elder version of Holda. The movie will release on January 31, 2020.

The hardworking actress is also working in the Australia drama, The Drovers Wife (Legend of Molly Johnson). It is currently in post-production. She is playing the role of Louisa in the show.

Everyone on this page today might’ve watched the popular series, Arrow. Jessica, as stated above, played the role of Helena, who is the huntress in the story.

Gouw’ played as Mina Murray/Ilona in the famous series Dracula. She also became a part of the TV show, Underground, where she portrayed the role of Elizabeth.