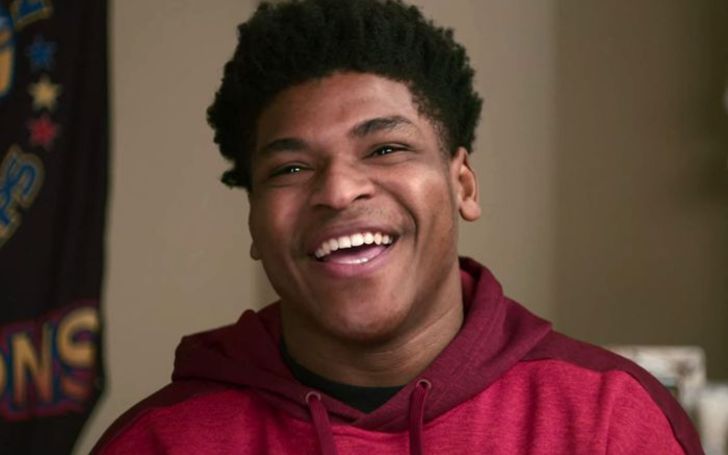 Jerry Harris is an American TV Star whose popularity increased after his appearance in the 2020 Netflix docuseries “Cheer”. The TV personality is also famous for his positive attitude and eccentric personality. The star has been interviewing many celebrities including lately Billie Eilish and Finneas. Jerry lately arose in the media after an allegation on Child Pornography.

The star Harris is put in federal custody for some time on the charges of child pornography allegations. The reporters said that he forced the minors to send nudes and sex videos for a cheerleading competition. He was charged for such activity last week and the investigation is still going on.

The prosecutors said that they will hold the star for a longer time as further accusations of child violence also are rising against him. The lawyer of the star, Todd Pugh, has been supporting the star-making excuses of asthma and prevention from Covid-19. With the raid on Jerry’s house, he was arrested and taken to custody for the questioning.

Jerry Harris came in the world on 14th July 1999, in Illinois, the USA with birth name Jeremiah Harris. The young star hasn’t revealed much information about his family and siblings. But as far as we know, he spent most of his childhood in Bolingbrook, Illinois. He lost his mother Lizzie Bowman when he was 16 years old.

Regarding his education, he attended Waubonsie Valley High School. After completion of his high school, he joined Navarro College and later graduated from the University of Louisville. He was a member of the cheerleading in his college. With his devotion and interest in Cheer, he later got a Regional Scholars Award from the University of Louisville.

The young TV star is not a married man. In an interview with ‘Variety‘ in June 2020, he revealed his sexual orientation as gay. He also further added that he will be a gay icon for those who have been struggling with their sexuality. Further, he hasn’t spoken about his past affairs or current relationship status. It seems he is enjoying his single life and is focused on his career.

Jerry being the 21-years-old star has not much to talk about his career. It has only been a year since he had come into the attention of the media and the public. The star became known in the nation after appearing in “The Ellen DeGeneres Show” in January 2020. Soon, the news announced that he would be the show’s Oscars correspondent. He likewise has been popular for his over-the-top “mat talk”. Todrick Hall’s song”Mas(k)ot” from the album “Quarantine Queen” also featured him on the cheerleading team. With his popularity rising graphically, he also had an interview with ‘Variety” in June 2020.

Being a famous TV personality, he has been making a good amount of money from his career. At such a young age, he has been on a music video, shows, and Series. Considering all sources, his net worth is estimated to be around $1 million -$5 million. The main source for his fortune is his career as a TV personality. With such a great asset, he is living a luxurious life.