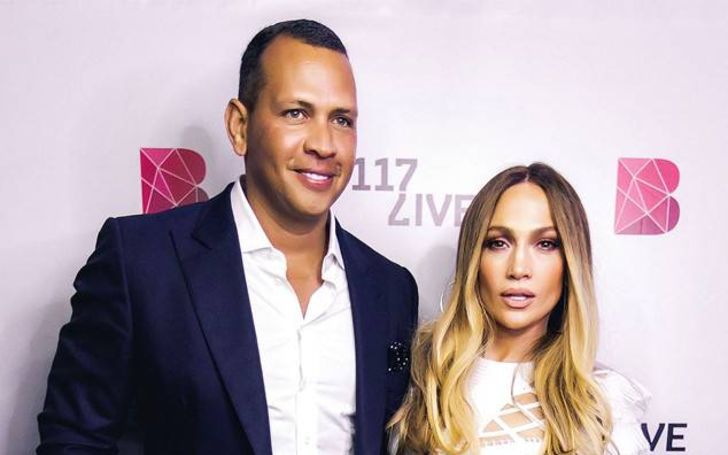 Jennifer Lopez AKA J Lo and her partner Alex Rodriguez celebrate their two years relationship anniversary after sharing a slideshow on their respective Instagram on February 4, 2019.

J Lo posted a thoughtful quote on her Instagram regarding her two years together with her beau A-Rod.

She posted a slideshow of pictures of her beau and her children captioning the post,

Ain’t that cute? Have a look at the post yourself!

On February 4, 2019, just a day after A-Rod and J Lo officially announced their dating relationship, Alex posted a sweet tribute on his Instagram talking about his 2 years with his beau.

I can’t believe it’s been two years. Only 730 days, which have flown by, but it feels like we have been together forever. We are meant to be, and how much you mean to me cannot be put into words.

He further went on to utter that he and his partner have done it all from ‘baseball games’ to ‘traveling across the world’. With their faith in love, they wait for a destination their path would bring.

The journey is just beginning and I am excited for what’s ahead.

Lopez’s unmatching hard work, relentless drive, and persistence has always pushed Rodriguez to be a better man every passing day. No one can match up to his love, at least for him!

Macha 13, I can’t believe it’s been two years. Only 730 days, which have flown by, but it feels like we have been together forever. We are meant to be, and how much you mean to me cannot be put into words. . From baseball games, to traveling across the world to shows in Vegas. We have done it all together and every moment with you is cherished. Where this road will take us next is unknown but there is no one else I would rather have by my side. The journey is just beginning and I am excited for what’s ahead. . Macha, your hard work is unmatched. Your relentless drive and determination push me to be a better man each and every day. . Like you there is none other. Words will never do justice to what the last two years have meant to me. Thank you for always being you, for your unwavering support and unconditional love.❤️ . Te amo mucho, Lola. . – Macho 13 @jlo

Alex has no words to describe his love for Jennifer and even if he does describe it, his words will never do justice to what she has done for him in the last two years.

Thank you for always being you, for your unwavering support and unconditional love.

The duo, Jennifer Lopez and Alex Rodriguez, first met at the Shea Stadium in 2005. But, during that time, Lopez was with her former husband Marc Anthony.

12 years after their first meeting, in March 2017, rumors swirled around the internet that the duo is dating each other. In May, they officially made their red carpet debut together at the 2017 Met Gala in New York.

On February 2018, J Lo praised A-Rod before performing at the pre-Super Bowl LII Show. She wished her partner their 1st anniversary on their special night. And now, a year later, Lopez and A-Rod are together for 2 years now!

Happy 2 years anniversary to them!