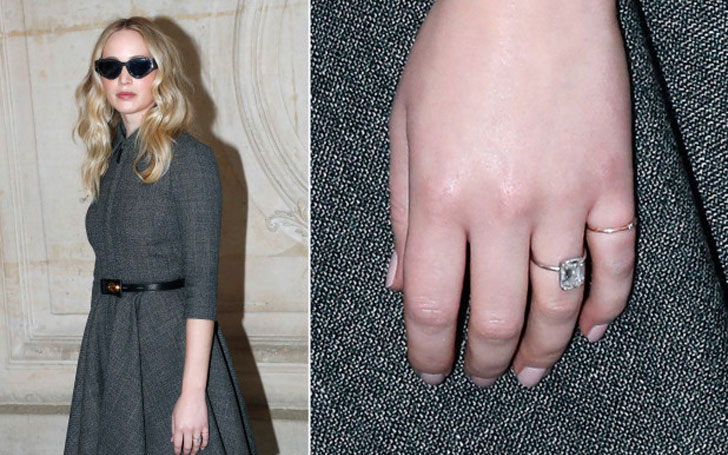 The ring sure is huge!

Ever the bold actress, Jennifer Lawrence was attending the Paris Fashion Week and wow! did she show a big rock in her finger? The Red Sparrow actress looked ravishing in her Dior dress and black belt. But the main highlight of the show was something else entirely. 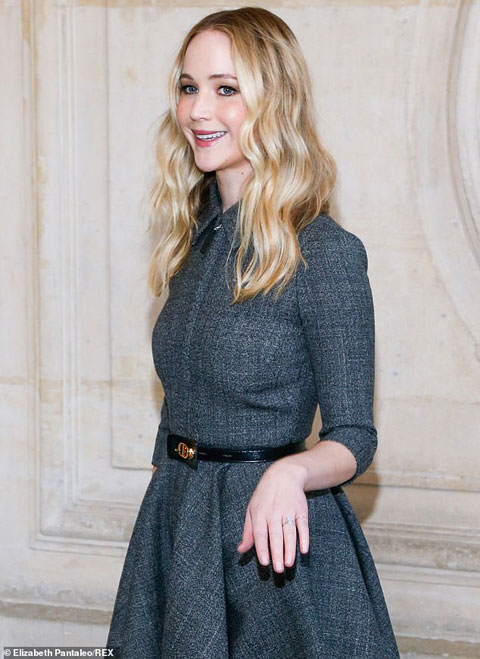 Well, you guessed it, her emerald cut diamond ring was the only that the photographer had in mind while they snapped the American actress. The actress attended the event as the Brand ambassador of Dior.

This is a new picture of Jen! Wow! What a concept!

Jennifer had announced her engagement with Cooke Maroney earlier this year in February. Her fans took the news by surprise as she only announced her break-up some time ago. Her new boyfriend turned fiance is an Art Dealer. He currently works at the New York Gladstone Gallery.

Now speaking of the event along with Jennifer lot of other stars attended it primarily English actress Cara Delevingne. She and Jennifer had a  lovely time as they sat in the front row. Though this is the first time many of us had a glimpse of her ring, she once rocked it a while ago during a girl’s night out in New York City.