Jenna Wolfe and Stephanie Gosk are mother of two Daughters Despite of being Lesbian? Why did Jeena Wolfe leave NBC “Today Show”? Know more about these couple. 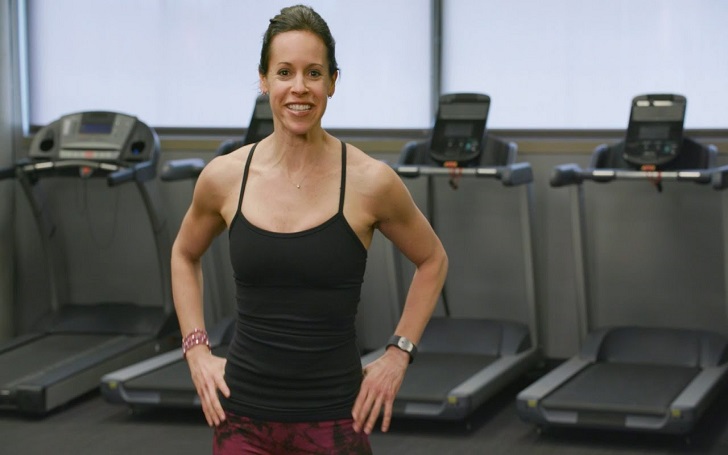 Being a mother is the most beautiful feeling in the world. Not every but very few couples enjoy this feeling.  A baby calling you as a mom give every mother a pleasure.

NBC correspondent Jeena Wolf and Stephanie Gosk are also a mother of two beautiful daughters. Both journalists are happy to have such adorable kids in their life.  Anchor Jeena is doing very good in her workplace but as a mother how is she managing her time? Is she happy with her Lesbian partner Gosk? How long are they dating? Are they planning of getting married?

How did Jeena Wolfe reveal about her pregnancy? Know more about her Two Daughters.

Jeena Wolfe got the chance to feel motherhood. Achor Jeena reveals she and her partner NBC News foreign correspondent Stephanie Gosk are expecting a baby. Jeena announced her pregnancy in Today on August 22, 2014.

“I figured I got pregnant, I did it right the first time. I’m just going to do the exact same thing again and we’re going to hope for the best.”

On February 4, 2015,  she gave birth to a baby girl, Quinn Lily Wolfeld-Gosk. She took all the needy stuff for her love Jeena. Mother Jeena shared how her partner Jeena was worried about her before delivery.

As she remembers, Stephaine carried three bags, a camera, a hair dryer, a pillow, and other things. Without any delay, they rushed to the hospital to welcome their child.

Two years back Jenna gave birth to her first child Harper Estelle Wolfe Gosk.  On August 21, 2013, they embraced their first baby girl in their home. Now, Harper is a big sister and let’s hope she is having a great time with her little sister Quinn Lily Wolfeld-Gosk.

Even after all these years of togetherness, the duo, Stephanie Gosk and partner Jenna Wolfe, is blissfully living together.

How Jeena Wolfe Met Girlfriend Stephaine Gosk? Are They Getting Married?

This bold anchor Jeena Wolfe met with Stephanie Gosk in 2010. They both are news correspondent at the NBC. They continued as friends and started sharing their likes and dislikes for three years. Knowing each other is not an easy thing it takes time to know someone whom you are going to spend your whole life with.

On March 27, 2013, Jeena Wolfe revealed two big things of her life. First one, she is dating her lesbian partner Stephanie Gosk since 2010 and is very delightful having Stephanie as her girlfriend. The second one, she is expecting her first baby with her partner as she underwent artificial insemination with an anonymous donor.

It’s four years these loving couple announced about dating each other. Even they both have two adorable daughters, but still, they are haven’t revealed about their marriage. Are they planning to wed this year? Stay tuned to us for more update of their wedding.

The anchor of  Today Show on NBC Jeena Wolfe left the show as she was demoted as co-anchor in 2014. After that, she decided to walk away from NBC for good in November 2015. After that, she developed a company and brand around personal fitness. She hosted a daily fitness show on Facebook which ended after seven months.

According to the source, Jeena Wolfe gave an outstanding audition to join the duo on Fox sports morning show. The sports cable network has been in talks to add former “Today” correspondent Jenna Wolfe, among several females. First things First are scheduled on Tuesday, Sept. 5, 2017. Hope she would join the Fox Sports and shine as Achor once again.

Where is Jenna Wolfe originally from?

How old is Jenna Wolfe?

Where is Jenna Wolfe currently residing?

From where did Jenna Wolfe graduate?

What is Jenna Wolfe’s nationality?

What is Jenna Wolfe’s ethnicity?

Who is Jenna Wolfe’s partner?

Where is Jenna Wolfe currently working?