Teen Mom Star Jenelle Evans who is struggling with the custody of her sons engaged to the father of her new baby girl, David Eason! 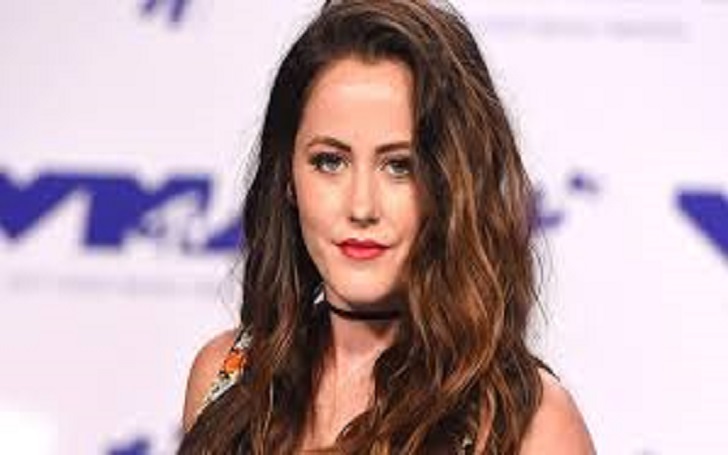 Jenelle Evans is engaged for the third time now. Her previous past affairs have turned out to be quite the headache for her, but she describes this one as a “speechless” proposal when he proposed to her on Saturday, February 11, 2017.

She seemed giddy with happiness having his support on her back with the custody issues as well; we think she is happy being married to him. Let’s find out more on her engagement and custody battle.

The mother of three, in an interview, told E! News that she and David had a getaway just before Valentine’s Day. That is where he proposed to her.

“He told me to look at the roses on the ground and asked if I thought they were pretty. Of course I agreed! Then he said, ‘These are for you!’ and I said ‘no! As I looked over his shoulder, MTV was there behind the trees and I had no idea they were going to be there. He asked me to marry him and I said yes! We were both in tears.”

They both took I up to their Twitter to announce their engagements.

Jenelle Evans was already mother to his baby when he proposed to her. Jenelle gave birth to a beautiful, healthy baby girl during January 2017. The baby is said to have been named as Ensley.

Even though her family is expanding, life for Evans seems to be challenging. David Eason, for violating a restraining order regarding against a former girlfriend, was sentenced to jail for 60 days.

We wondered a lot if he would be able to make it out before the delivery but turns out that he did!

Caption: Evans sharing glimpse of her daughter Ensley to the world, looks like one proud mom to us.

Teen Mom 2 star faced her mom Barbara Evans in court for getting custody of her 7-year-old son Jace back. Her mom was granted primary custody of Jace given the past activities and arrested cases of Jenelle, but their visitation schedule was remodeled.

Janelle Evans talks to E! News about his matter:

“I’m really happy we could to a decision for Jace but it doesn’t change my feelings towards my mom. She still isn’t giving up my son to me but I will fight again in the future when the time is right.”

The father of her first child Jace is Andrew Lewis who was a former actor and alcoholic. He is no longer in her life anymore.

Jenelle Evans had tattooed the name of her ex-fiance Nathan Griffin on her hip. After their nasty break up, she obviously decided on covering it. Here’s to what it looked like before and now:

Jenelle Evans was born in North Carolina in 1991. She first was exposed to media audiences by appearing on the MTV reality series, 16 and Pregnant.

The show filmed all about Evans’ mid-teen childbirth of her first son Jace in 2009. She was then in a relationship with her boyfriend, Andrew Lewis which was later documented in the show Teen Mom 2.

It was reportedly said that she earns $75,000 per Teen Mom 2 episode. But the Teen Mom star constantly seems to have a problem with the laws and paying her bills have lost her a lot of money. How much you ask? So much that Jenelle Evan’s net worth is now only $30,000.