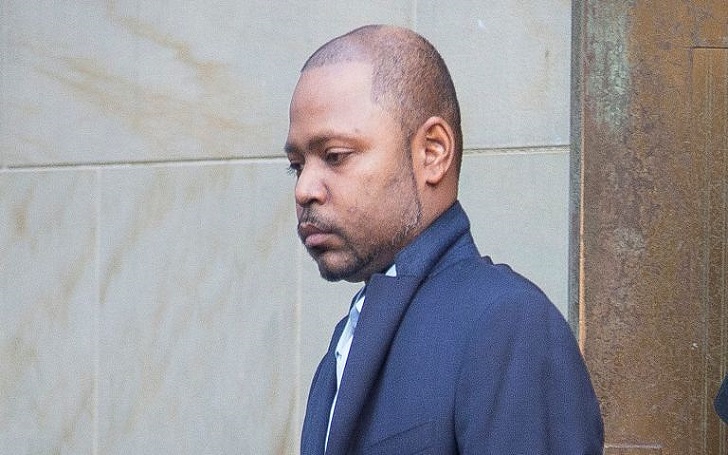 Rapper Nicki Minaj’s brother Jelani Maraj will be sentenced 15-25 years of life in prison after the judges gave their verdict of the rape case filed against Maraj alleging him of repeatedly raping his 11-year-old stepdaughter at his home in Long Island.

As per the verdicts, the prison sentence commences from December 14 and the stepfather of the victim child will have to remain in prison for 25 years as claimed in the rape charges. Jelani Maraj, 38, was undergoing a legal trial since 2015 and was finally found guilty of raping the then 11-year-old girl who has reached 14 now.

While we briefly collect the testimony of the rape case, we are trying to focus more on Jelani Maraj’s relationship with his newly married wife, his kids, siblings, and parents along with his net worth.

The Rape Case Trial and the Testimony: Witness Says, “I Saw His Underwear Close To His Knees”

During the trial last month, the victim’s younger brother boldly spoke for the testimony. The victimizer beat the boy 10 times after the boy affirmed he had witnessed the rape. The Sun reports the victim’s brother’s testimony in the court:

“What happened was I was looking for [her]”, the boy said, referring to his then-11-year-old sister, who has accused Maraj of repeatedly raping her.

“My pencil broke and I didn’t have any others.”

The boy, who was 8 at the time, said his sister’s pants were “around her ankles.”

“I saw his underwear close to his knees”, he testified about Maraj.

Nicky Minaj sponsored her elder brother Jelani Maraj’s wedding with his wife Jacqueline Maraj for US$30,000 in August 2015. Unfortunately the wedding bells sound soon faded into the divorce paper issued in August 2016, just after a year of their wedding.

How could a mother accept her daughters’ rapist as her husband? Jacqueline Maraj gave divorce to her newly married husband with the allegations that he sexually abused her 11-year-old daughter endangering her welfare. Nicky Minaj’s extreme joy at her brother’s wedding soon ended in a shameful rape case followed by the couple’s divorce. Nicky Minaj who had sponsored her elder brother’s wedding with US$ 30,000 had also bailed her brother for the first time with US$100,000.

Jelani Miraj has only eight posts on his reinstated Instagram account and all of the posts are before he was arrested. He was already alleged for the rape of his 11-year-old stepdaughter and the comments also scold him for his vile.

Jelani Miraj Instagram last picture which is a through the back picture with his wife Jacqueline Maraj sister Nicki Minaj and kids.

Jelani Maraj has three siblings. Jelani Maraj and his famous rapper sister Nicky Minaj were born in Trinidad and his younger brother, Micaiah was born in America.

Recently, he is in police custody waiting to be formally sent to the 15-year long imprisonment as the final verdict of the rape case of his own 11-year-old stepdaughter.

Jelani Miraj’s net worth is not available. He owned a child care center in Queens and was planning to set up one another similar child care center soon. Unfortunately, given his 15-25 years of imprisonment, he is very much unlikely to accumulate wealth anymore.