Jeff Logan Is The Husband Of Niykee Heaton 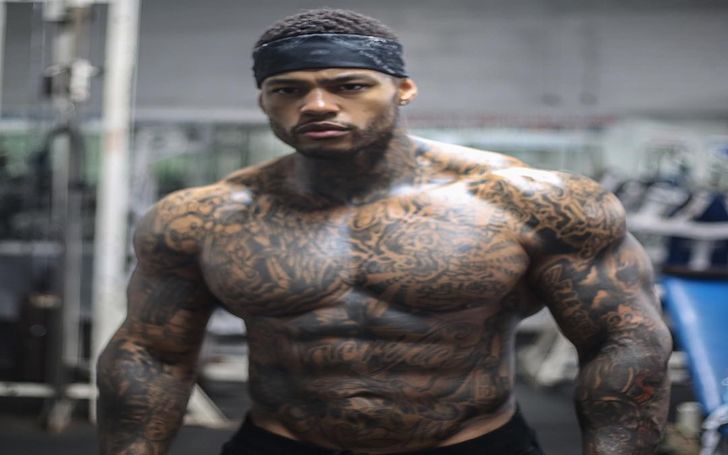 Gifted with a good look and shape, Jeff Logan is an American model, fitness trainer, and entrepreneur. Logan is, in fact, the founder and the owner of Logan Performance, a fitness company that provides training to stay fit. He is also the founder of Become Nutrition, a nutritional supplement product company which is a sect of Logan Performance.

Logan, in addition, also earned fame for his romantical relationship with the pop and R&B singer, Niykee Heaton, who is better known for her cover version of Chief Keef‘s Love Sosa.

Fitness trainer Jeff Logan shares a blissful married life to his loyal and every loving girlfriend turned wife, Niykee Heaton. Jeff and Niykee walked down the aisle in July 2019 in an intimate wedding ceremony surrounded by close friends and family.

Logan and Heaton’s had a casual outdoor wedding. While the model donned a polo shirt with pants, his bride matched him with a white sundress. Seemingly, despite their lavish wedding, Jeff and Niykee opted for simple attires.

The wedding news of Logan and Heaton was a big shock for the fans who didn’t have a clue that the Infinity singer was in a relationship as it turned out that Heaton kept her dating life and boyfriend details extremely private.

Jeff Logan & Niykee Heaton Are Parents To A Son

Jeff Logan is a proud father to two sons including the one he shares with his wife, Niykee Heaton whom he welcomed in May 2020. Jeff’s wife broke the news of her pregnancy in early 2020, five months prior to the birth of their son.

Logan and Niykee named their child Damien Mandela Logan who was born through the natural process inside the couple’s home in their bedroom. Niykee says it took her six hours of labor to finally give birth to Damien.

As for Logan’s other child, he is also a father to his first son he shares with his former wife, as per CelebsGazette. However, the name and the identity of the trainer’s first son and his mother are hidden from the public. Whatsoever, Niykee admires her step-son as her own.

Stay tuned for more Biographies on The Celebs Closet.