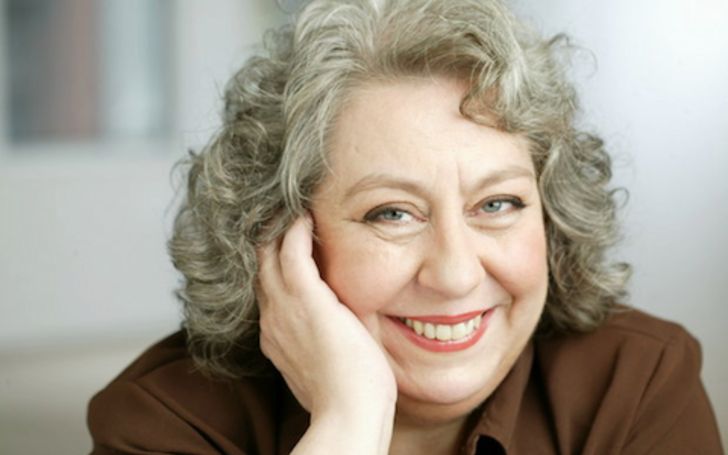 If you are a fan of stage performances, then you must have known about the Theatre World Award-winning actress, Jayne Houdyshell. Well, she is an American television, film, and stage actress who worked in more than 200 theatre plays.

Jayne, who began her career as a television actress, is famous for her roles in series like Law and Order: SVU, film-like Little Women, and theatre play like Wicked. If you are a theatre lover, then you should check the full article!!!!

Jayne Houdyshell is a Millionaire!

Jayne Houdyshell possesses a net worth of $4 million as of 2020. She garnered that fortune from her career as a stage, television, and film actress.

Houdyshell started her career as a television actress. In 1999, she debuted in the television screen as Jane in the series, Third Watch. Though starting with a small role, the actress managed to appear in many hit television series like Law and Order: SVU, American Odyssey, and The Good Wife. Besides, she also appeared in the episode of Quantico in 2018. Until now, she worked along with actors like Michaela McManus, Mariska Hargitay, and Richard Belzer.

After trying her luck on the television screen, the actress got an opportunity to work in the feature films. Well, in 2002, she performed in her first featured film called Changing Lanes as Miss Tetley. After making quite a good impact on her role in the movie, the actress garnered more films in the following years, some of which are, Maid in Manhattan, Garden State, Romeo & Juliet, and Little Women. Furthermore, the actress will soon act in the 2020 film The Humans as Deirdre Blake.

The American actress started working on the stage in the mid-1970s. As of 2020, she has acted in more than 200 plays with various roles in the theatres like Meadow Brook Theaters and Yale Repertory Theatre, including others.

The 66-year-old actress started to get recognization for her theatre works in 2006 when she worked in the play, Wicked. Since then, she acted in various famous plays like Follies, Dead Accounts, The Humans, and King Lear. Further, she will soon portray the role of Mrs. Shinn in the play The Music Man at the Winter Garden Theatre. Besides, in an interview, she shared that broadway wasn’t her dream.

Jayne Houdyshell is out of any dating relationships as of 2020. But what about her past life? Was she in a relationship?

Well, the actress was previously married to the actor, Steve Shaffer. The couple shared the wedding vows on December of 1974. The couple used to share a strong bond in the initial years of relationship and was deeply in love.

After staying together for more than five years, the couple started to feel some highs and lows in their relationship. Regarding that, the pair divorced in 1980.

Do Visit TheCelebsCloset for more celebrity news and updates!!!