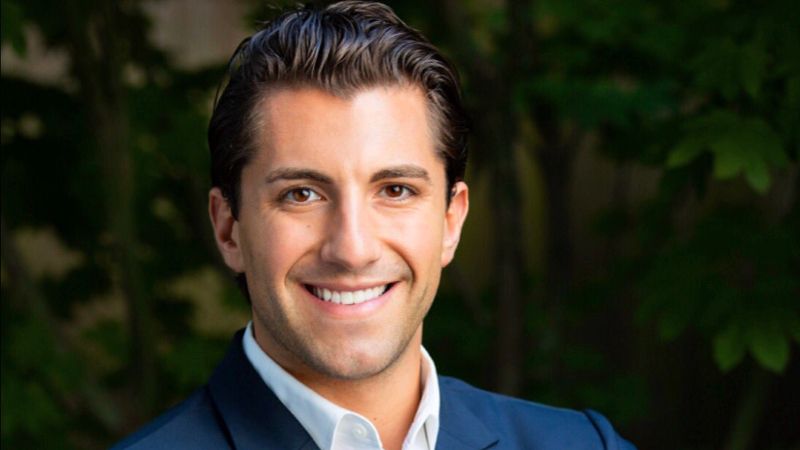 A former Bachelorette Jason Tartick has once again sparked dating rumors after his heartbreak in the 14th season.

After remaining silent for a long time, Jason is allegedly dating the former Bachelorette star Kaitlyn Bristowe. The news of their romance swirled around when Kaitlyn was found out flirting with Jason on his Instagram last week.

Jason had shared his picture with Blake Horstmann and Colton Underwood on his Instagram. Then, Kaitlyn began commenting on the image, saying:

You can tell you’re with Colton because your pics are edited and cropped properly.

Colton replied on Kati’s comment by saying, “I’m here to help.” Then, she responded:

He needs you. It’s also confusing that he isn’t in a blazer. Is that your doing too? Thank you.

Later, Jason asked Kaitlyn if she was flirting with him. Kaitlyn then said:

My flirt game is passive aggressive. So may be

By listening to what the Former Bachelorette star said; the 30-year-old Jason replied:

I think I just died and went to heaven.

So, is there any chemistry between the two stars? What do you think?

Jason Tartick Journey To Find Love in The Bachelorette

Jason gained recognition when he stepped his foot into the reality series The Bachelorette in the 14th season. The show was premiered on 28th May 2018. In the show, he along with 26 others were on the journey to win the heart of Rebecca Kufrins.

Meanwhile, the majority of viewers was supporting Jason to win the heart of Rebecca. Their relationship was even going smoothly at the starting of the show. According to refinery29.com, Rebecca also met Jason’s family and friends.

Later, Jason uploaded a picture with Rebecca where the two shared a passionate kiss on the side of a beach in July 2018.

Unfortunately, things didn’t go well as in the ninth episode of the show; the pair fell apart from each other. Rebecca revealed that she couldn’t see future with Jason. Before Rebecca’s statement, Jason had told that he found his best friend, partner and hopefully his future fiancée in Rebecca.

However, Rebecca ended up getting engaged to Garett by breaking the heart of Blake and Jason.

Born in 1988 in the city of Buffalo, New York, Jason Tartick rose to prominence after he appeared in The Bachelorette season 14. Not much is known about Jason’s parents and family background.

On 16th June 2018, the 30-year-old Jason took to his Instagram and wished “Happy Father’s Day” to his father, Big Gar and “Happy Birthday” to his mother, Caluch. He has a brother named, Steven Tartick.

Jason, who celebrates his birthday on 24th August, attended Williamsville East High School in Buffalo, New York in 2006. Later in 2010, he graduated from the University of New York at Geneseo State. He also earned an MBA degree in Accounting and Finance in 2016 from Simon Business School.

Jason stands tall at the height of 5 feet 9 inches. He is a corporate banker from Seattle.