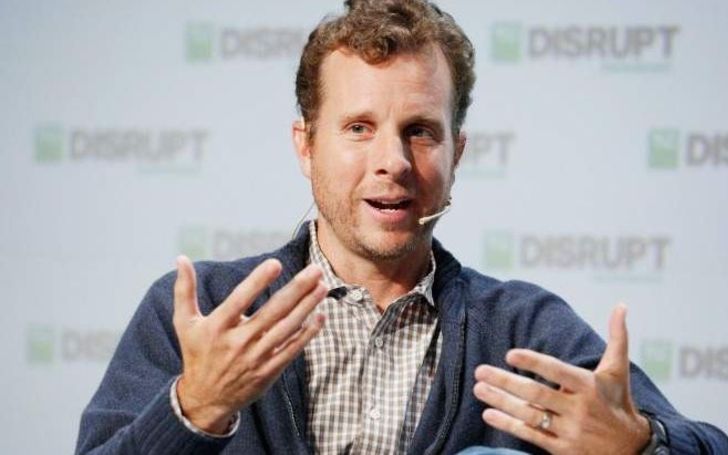 If you are into the corporate sector, then you must know the American business tycoon, Jamie Siminoff. Well, if it’s still difficult for you, then you might recognize him from his company, Ring, recently acquired by Amazon.

The charismatic personality always had an entrepreneur vibe from his young age. Thus, after burning some midnight oil, he succeeded in making his dream a reality. So, today we give you all the details regarding the net worth and personal life of the Ring‘s former CEO.

How Much is Jamie Siminoff’s Net Worth?

Chester-bound Jamie Siminoff owns a whopping net worth of $300 million. The vast figures are the consequence of selling his company to the multi-billionaire, Amazon. In fact, the transaction rocked the media headlines as Siminoff sold Ring to Amazon for $1.8 billion on February 27, 2018.

With hundreds of millions in his bank balance, the business tycoon lives a lavish lifestyle with his little family in Los Angeles, California.

Jamie Siminoff’s Ring: From the Beginning to Amazon

It surely was a complicated decision for Jamie Siminoff to sell a company that he started from scratch. Initially, he implemented his unique idea of automating traditional doorbells with cameras and an alarm system for improved home security.

Siminoff, consequently, executed his plan to found a company, Doorbot and accumulated $364 thousand via crowdfunding. Similarly, he also featured in the ABC‘s show, Shark Tank, a platform where he pitched his idea to the public. While he wanted an investment of $70 thousand, an investor, Kevin offered to give a loan instead, which Jamie declined.

Siminoff, although couldn’t get the investment, he was successful in gaining exposure. The talented businessman changed the name to Ring and acquired a sale of $5 million that year. Therefore, he got the breakthrough he needed, and top investors like Sir Richard Branson, Goldman Sachs, and Qualcomm Ventures pitched in about $200 million in the firm.

Behind every successful man, there is a woman. In this case, Siminoff thanks his loving wife, Erin Lindsey Siminoff, who was by his side, throughout his struggles and accomplishment in Ring. Jamie tied the knot with Erin in a beautiful ceremony on October 7, 2006, in front of close friends and family.

Today the duo is blissfully together in their thirteenth year of marriage. Siminoff is a father of one, a son, Oliver Siminoff, who entered this world soon after their marital affair. Unfortunately, the infant suffered from Galactosemia shortly after her birth.