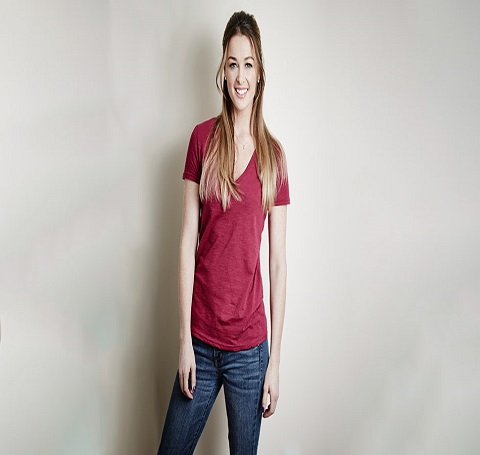 Love, at first sight, is often heard and is a common trope in literature. But what about the married at first glance? Is it even possible? Well, today we are discussing the life of such a couple who married at their first sight.

Jamie Otis is a reality TV personality, a registered nurse, and an author as well. She is best known as a participant in the first season of “Married at First Sight,” where she found her husband.

“Jamie Otis” who is also one of the contestants on the sixteenth season of “The Bachelor,” is having a blissful married life with her husband, Doug Hehner.

She met Doug for the first time on season one of FYI’s series “Married at First Sight,” and got married on the same day on March 23, 2014. Isn’t it wonderful? Let’s see a clip of their wedding day:

Marrying a person on the first meet is a tough decision and so tough is to protect that marriage. After they had left the show, there arose divorce rumors on tabloids, but they didn’t last for long.

So after a year, they decided to renew their vows in a small St. Thomas Ceremony amidst divorce rumors. The intimate family-only wedding ceremony was planned by Mikie Russo and broadcasted on Married at First Sight: The First Year’s “Doug & Jamie’s Wedding Special” on March 24, at 10:15 p.m. on FYI.

Jamie and Doug announced they were having a baby just after the two months of their vow renewal. Unfortunately, Jamie suffered a miscarriage later in July, and she had to lose her baby “Johnathan Edward.”

On the honor of Pregnancy and Infant Loss Awareness Month, Jamie posted a photo of her miscarriage on her Facebook page in October.

Caption: Jamie and Doug mourn the loss of their first baby, 18 October 2016.

After the loss of the baby, Jamie felt empty inside, and she couldn’t forget her child.  In an interview to Dailymail, she said,

The moment I lost our sweet Johnny I felt so empty inside. It felt wrong not to have my sweet boy growing inside me. We asked our doctor how long we should wait before trying again and she said we could try again immediately… I was on a mission to be pregnant again. I wanted to fill that void inside me.

On December 20, 2016, Jamie used a digital pregnancy test and found out she is expecting a new baby. Coincidently, her first baby Johnny’s due date was also December 20. Jamie said to daily mail:

This news couldn’t have come on a better day. I was due to have our sweet first born son, Johnathan, on December 20th. As I sat there crying staring at a plastic device I just peed on I told our little Johnny how much I love him and will always love him… and I thanked him for precious gift he gave us…………………

Because we ended up finding out on Johnny’s due date I took it as a sign from our sweet boy in heaven. It was like this pregnancy was a gift from big brother and a message to mommy and daddy to be happy for the holidays.

Recently, in June 2017, the couple told People they are expecting a baby girl. Doug was excited, and he said:

Every one of my guy friends say there is this unexplained special bond that happens with a daughter. They don’t know what it is, but it’s an amazing feeling, and I cannot wait.

I can't wait until we add a stroller & a baby into this mix.👶🏼💗 #comingsoon 🤗 https://t.co/ZAwwUmTSFt

Caption: Jamie is excited to add a stroller in her life, 9 August 2017.

As Jamie and Doug are eagerly waiting for a new member of the family, we pray Jamie will give birth to a healthy child this time and the family will be happy forever.

Jamie Otis took her first breath on 15 June 1986 in New York City. Jamie gained public’s eyes when she became a contestant on “The Bachelor” in 2012. She also became a host of Married at First Sight: Unfiltered in 2016.

According to the wiki, her age is 32 and has become an author as well. She also owns a fine jewelry line in New York and has worked on various reality shows as well. Not only that, she enjoys a hefty salary and a huge net worth, but Jamie does not reveal the exact amount of her net worth at present, but in time to come we shall review her net worth as it’s under consideration for now.