Jamie Oliver: Rejoices A Happy Family Life With His Beautiful Wife And Children 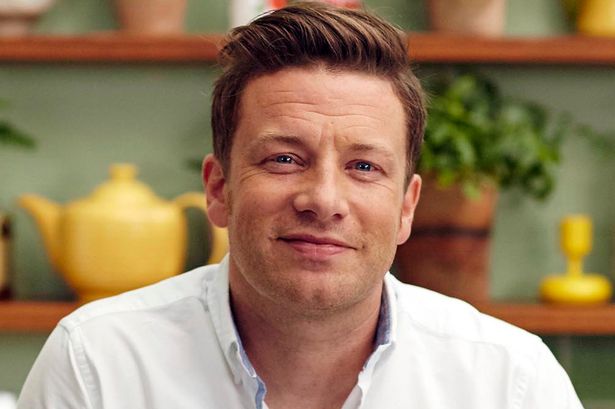 When your name is big, with every action you do there is always consequences along. Most recently, The MBE honored British chef and restaurateur, Jamie Oliver came into the controversy after being accused of cultural appropriation for his latest product – “punchy jerk rice” by a Labour MP Dawn Butler and social media users.

Starting off his career from a pastry chef to the one of the most popular TV Chef, his shows like The Naked Chef and Jamie’s Kitchen became so popular. The 2010 TED Prize winner has opened many Italian restaurants and published several books. With a handful of accomplishments, people are willing to know Jamie Oliver net worth. Jamie Oliver married life is also often making headlines. So, who is Jamie Oliver wife?

Despite being away most of the times, Jamie Oliver has never let anything come in between his wife and him. It might be difficult for the couple to sustain their marriage, but they have always remained stronger when it comes to keeping their marriage working.

Jamie Oliver is married to his wife, Juliette “Jools” Norton. It has been over 18 years since their marriage since July 2000. He posted a romantic photo of himself and his wife as they left the church on their big day marking his 18th anniversary on his Instagram.

Today I am so proud to celebrate my 18 wedding anniversary with this amazing woman!! Thank you so much @joolsoliver for being my soul mate on this most bonkers roller coaster ride called life, what a journey it’s been so far. Thank you for being by my side, thank you for seeing things I never see, thank you loving me, for being the best wife & most fantastic mother of our 5 precious children….I LOVE YOU SO MUCH….now stop watching love island and come find me in the garden waiting to give you your anniversary pressie….hurry up!!! Love jamie ox x x x x

As of now, Jamie Oliver lives together with his wife in Clavering, Essex. We haven’t ever heard any rumors of his divorce rumors.

Together with his wife, Jamie is the father of his five children. His children imaginative names are unusual yet pleasing to hear. They welcomed their first child, a daughter, Poppy Honey Rosie in March 2002.  His wife gave birth to his other children namely Daisy Boo Pamela in April 2003, Petal Blossom Rainbow in April 2009, and Buddy Bear Maurice in September 2010. The latest addition to their family is River Rocket who was born in August 2016.

Speaking of Jamie Oliver net worth, the TV chef has appeared on multiple shows and published several books. The source behind his jaw-dropping net worth is the chain of Jamie’s Italian restaurants. He owns a £10 million property in Hampstead.

In June 2003, Jamie was honored with the MBE in the Queen’s Birthday Honours. In 2013, he received an Honorary Fellowship by the Royal College of General Practitioners for his effort in undertaking childhood obesity. On 29 October 2015, UK-based company Richtopia listed him at number 2 in the list of 100 Most Influential British Entrepreneurs.

Jamie Oliver began his culinary career as a pastry chef at Antonio Carluccio’s Neal Street restaurant. Later, as a sous chef, he moved to The River Café, Fulham. In 1999, he debuted his television journey with BBC show The Naked Chef. His cookbook became a No. 1 best-seller in the United Kingdom. He has even prepared lunch for Prime Minister Tony Blair at 10 Downing Street. After three seasons of the television show Naked Chef for the BBC, he moved to Channel 4 in the United Kingdom. His first Channel 4 documentary series was Jamie’s Kitchen.

Taking you brunch game up a notch this #BankHolidayWeekend…😉 pic.twitter.com/UcYD2Va9UT

Some of his other television series are Jamie Oliver’s Food Revolution, Jamie’s 15 Minute Meals on Channel 4, and many others. He has appeared in Australian television advertisements for Yalumba wines, using Del Boy’s catchphrase of “Lovely Jubbly

Jamie Trevor Oliver was born in 1975 in Clavering, Essex, the United Kingdom to his parents, father, Trevor Oliver, and mother, Sally Oliver. He spent his childhood with his siblings Anna Marie Oliver and Ian Oliver.

Jamie went to Newport Free Grammar School. He enrolled at Westminster Technical College which is currently famous as Westminster Kingsway College. He has received a National Vocational Qualification (NVQ) in home economics.

The TV Chef celebrates his birthday on 27th May that makes his age 43. He belongs to Caucasian ethnicity.

Jamie stands tall with a height of 5 feet 10 inches.

Where is Jamie Oliver originally from?

Who are Jamie Oliver‘s parents?

Does Jamie Oliver have siblings?

What is the nationality of Jamie Oliver?

From where did Jamie Oliver graduate?

What is the cooking style of Jamie Oliver?