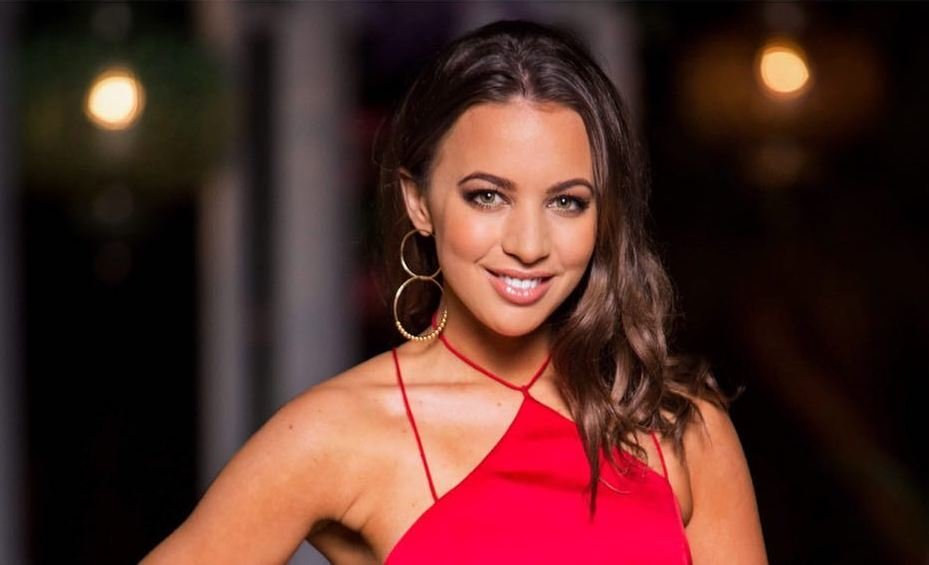 The Bachelor Australia 2018 introduced three troubles in the show on 19th September. Alongside Deanna Salvemini and Brittney Weldon, Jamie-Lee-Dayz debuted in the dating show.

Jamie Lee-Dayz is already capturing attention and making headlines for hurting her Achilles heel while playing bouncing space hoppers with other contestants. Also, the news about her bisexuality is on the internet. Jamie admitted that she doesn’t let gender to become a barrier when looking for a perfect lover.

Because of Jamie-Lee-Dayz bisexuality, fans are thinking that she might fall for one of the girls in the show.

Before entering the dating show The Bachelor, Jamie Lee was rumored to be in a longterm relationship with a woman. However, she cleared everything in an interview with New Idea by accepting the fact that she has dated both man and woman in the past.

In an interview, Jamie shared the most romantic thing someone did for her. She explained:

“My ex-girlfriend cleaned my house and made me dinner after I worked a 16-hour shift, and left little notes about what she loved about me all around the house.”

When it comes to dating, Jamie prefers not to date the people with homophobia and intolerance.

“I could never date a racist or someone that didnot suport same-sex marriage.”

Since leaving the show, Jamie has fallen into a serious relationship funnily enough, with her ex-girlfriend. She said,

“I didn’t expect it, but I found love.” “We just ran into each other at an event we were both at and we just really hit it off again.”

“Timing is right this time and it’s just the most beautiful, supportive relationship that I’ve ever been in. I did not see it coming at all. She’s amazing and I’m really happy.”

A rumor also surfaced that Jamie had been dating Brooke Blurton, her Bachelor co-star. However, she addressed the rumors saying:

Brooke is an amazing person, she and I are great friends. I actually am a little disappointed that all of these rumors have come out.’

Jamie was the contestant of the reality Tv show, The Bachelor, and the fans regard her as the villain of the show. Before appearing in a reality show, Jamie worked as a venue manager and earned an impressive amount of money.

Jamie is the latest woman to be eliminated from this season of The Bachelor. Nick Cummins bid farewell to the venue manager, Jamie in the episode of 19th September 2018.

Besides being a venue manager, she also holds a history of topless modeling which further helped her to make some money. She also runs an X-rated Tumblr blog from where she receive extra income.

Jamie Lee Dayz who was born in the year 1991. Her exact date of birth and age hasn’t been revealed, but she will reach 27 this year. She grew up in Sydney, Australia and currently resides in Darlinghurst, New South Wales, Australia.

Jamie completed her schooling from local schools. She seems to be a type of person who is inclined towards spiritual stuff. She is an outgoing and fun loving person and is also obsessed with oceans and beaches.

Jamie stands at an average height with a slender and toned figure. She rocks terrific tattoos and maintains an excellent weight.