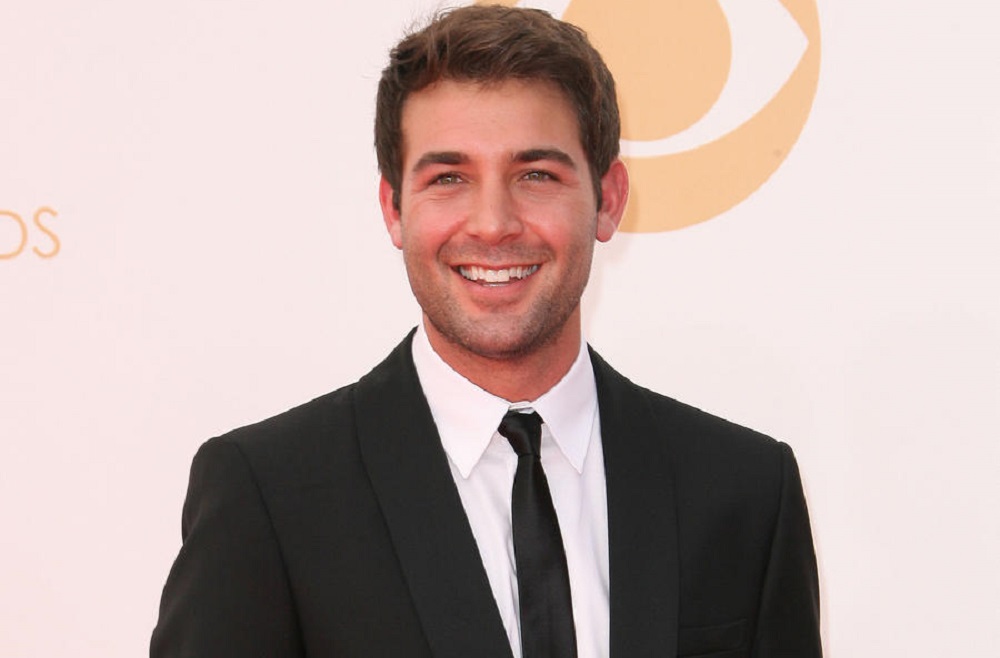 James Wolk’ relationship is one of the perfect relationships with a beautiful dating moment, proposing in the classic style and then finally sharing the vows. Scroll down to know James Wolk’ married life and children right below:

Well, you might be familiar with the fact that James Wolk is a married man and is married to wife Elizabeth Jae Byrd. The pair started their journey with a glorious moment to a beautiful moment at present.

Wolk revealed that he proposed Elizabeth in a classical one. Wolk revealed that they took their dog for a walk and kept the ring tucked into his waist so that it did not bulge out of his pocket. The couple along with their pets was on a walk at sunset, and he got down on a knee.

Elizabeth readily accepted the proposal with YES. Then, James Wolk married wife Elizabeth on June 21, 2015, at a winery in Los Olivos, California. James has no fear of sharing the picture form their special day on Instagram.

At the moment, it’s over two years that James Wolk married wife Elizabeth and is leading a blissful married life. There are no any headlines of the couple’ separation or divorce issues ever broadcasted in the media. It won’t be wrong to claim that the duo is happily living together.

While talking about James Wolk and Elizabeth Jae Bryd’ children, the pair is blessed with a child together. Just after around a year and a half, Wolk shocked his millions of fans with the news of expecting their first baby with a cute picture with the caption “Oh, Baby, the Places You’ll Go!” to Elizabeth’s baby bump.

On January 31, 2018, the pair welcomed their first child, a baby boy. It was Wolk who revealed the happy news with their fans via Instagram. He captioned the picture as “Welcome to the world, Charlie Wolk. #babyboy #CharlieWolk #wolkpartyof3”

Wolk often shares the picture of his happy family on Instagram. The pair has celebrated their second marriage anniversary and many more to go. Currently, the family of three is leading a healthy familial relationship.

How much is James Wolk’s Net Worth? Know his Earnings and Sources of Income

American actor James Joseph Wolk who is famously known as James Wolk has appeared in over dozens of movies and television series. Right after graduating from the University of Michigan Music, Theatre, and Dance School back in 2007, he started working in CBS/ Hallmark Hall of Fame’s Front of the Class and Gregory Hoblit’s Solving Charlie.

Soon later, Wolk made his appearances in the television shows like Happy Endings, Lone Star, Shameless, and movies like For A Good Time Call and You Again. However, he is famous for his incredible acting skills as a role of Jackson Oz in television drama series, Zoo.

As Wolk has worked in several high profile movies and television series, people suspect that his net worth is high. As of 2018, James Wolk’s net worth is estimated to be around $2 million. He now earns a decent amount of money.