DWTS’s Teenage Dancer Jake Monreal is a Millionaire! Find Out How 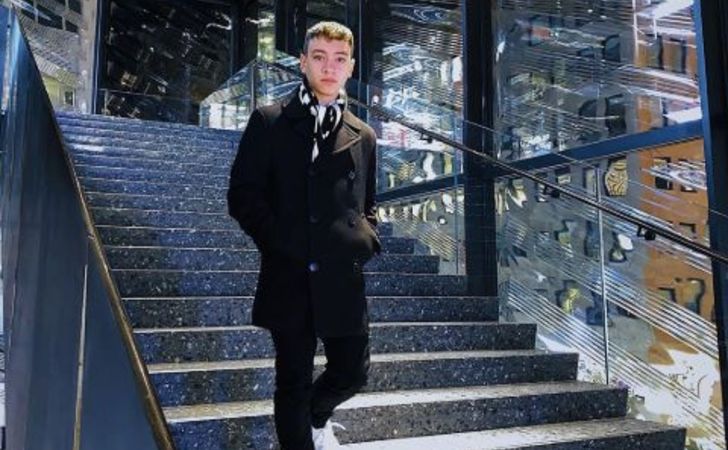 While most of the teenagers are still in school wondering about what their future would be like, Jake Monreal is a rare gem. At the mere age of 16, he has thousands of fans who love him from his dancing abilities.

Most of Monreal’s fame emerged from his participation in the renowned show of So You Think You Can Dance. Although he failed to win the competition, he managed to win many hearts to give him further opportunities.

Jake Monreal: So You Think You Can Dance

If it wasn’t for the platform of So You Think You Can Dance, Jake Monreal might not have been as famous as he is now. The ballroom dancer displayed his exceptional talents to get him to the top ten of the tournament.

Monreal was only 10 when he started to follow his passion for dancing. Just three years into it, he was dancing in front of the world on Fox‘s dancing competition.

The talented artist danced under the mentor Jenna Johnson, winning the hearts of many from their combination. Interestingly, many fans even wanted them to dance together again by signing petitions online.

Jake Monreal in Dancing With The Stars

The Miami born Jake Monreal continued lighting up stages and expanding his portfolio by competing on Dancing With The Stars. He danced alongside fellow dancer, Sophia Pippen, under the mentorship of Sasha Farber in the ABC network show.

Monreal and Pippen, despite high expectations, failed to bag the gold in the tournament but placed ninth. The two remain close friends of the cameras as well.

The actor further widened his acts as he also appeared on Nickelodeon’s Lip Sync Battle Shorties to expanding his fanbase and net worth.

What were you doing when you were sixteen? Well, sorry, but Jake Monreal is a millionaire at the same age. Thanks to his immense hardwork and talents, he owns a staggering net worth of $1 million as of 2020.

The teenager’s massive income’s credit goes to his performance in So You Think You Can Dance and Dancing With The Stars. Monreal, consequently, enjoys a lavishing life out of his enormous fortune figure.