Jacqueline Jossa and her husband get married in Cheshire home in a fairytale wedding! 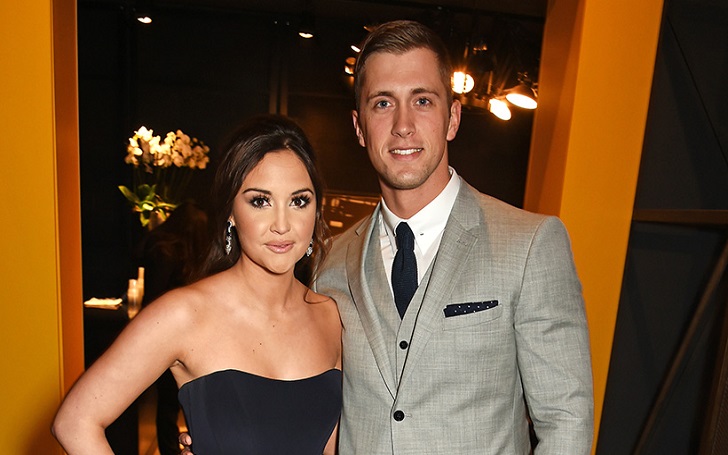 Jacqueline Jossa, 24, and Dan Osborne, 25, tied the Knot on Saturday, 2017, at the £7 million Delamere Manor in Cuddington, Cheshire which was previously owned by Take That’s Gary Barlow.

The Manor is a picturesque village located between Manchester and Chester in the countryside. They got married after more than two years of engagement and had a beautiful daughter from their marriage.

According to the mail online, Dan posted on social media after they got engaged in Greece which captioned,

‘Two years ago today I proposed to my best friend. Can’t wait to make this woman Mrs Osborne. Love you, darling.’

2 years ago today.. I proposed to my best friend. Can't wait to make this woman Mrs Osborne. Love you darling @jacjossa ❤️ xx

Dan shared his announcement of their engagement on Twitter back in 2015 where he wrote:  ‘She said YES!!!

‘I am the luckiest man in the world to be marrying the woman of my dreams @jacquelineMjos.’

She said YES!!! 💍❤️ I am the luckiest man in the world to be marrying the woman of my dreams @jacquelineMjos !!! 😊❤️

According to the Sun, a source told,

“Jacqueline and Dan have been looking for a wedding venue for a while but nothing had really caught their eye. “Then when they saw Delamere Manor they fell in love with it.”

“Like any couple, they want their big day to be perfect, even if it does mean their entire families traveling from their homes in London to Cheshire.”

The former owner of the Manor, who lived there for ten years, sold the luxurious 100-acre to the EastEnders star and her former TOWIE beau.

Before the wedding, the couples decided to postpone the wedding until 2017 due to the trouble of finding a decent venue. She told ok! Magazine,

‘We just ran out of time to plan everything. I thought we had ages to get stuff sorted, then all of a sudden it was March and we didn’t have anything booked.’

After finally getting a date in October, she revealed:

‘This means I finally have a vision of what I want the day to be like. I’m really excited and happy, I can’t wait.’

Acknowledging her plans for the big day, Dan formerly said:

‘Jacqueline wants a huge, fairytale wedding day and we were finding it hard to find a venue that lived up to her ideas.’

The happily married couple started dating in 2013, and their relationship came into public in June 2014 by refusing they were any more than friends.

Also, Read: Who Is Heartbeat Actress Tricia Penrose Married To?

They saw the arrival of baby Ella February 2015 after announcing their pregnancy in August. Furthermore, they became parents for the second time as Jossa gave birth to another child, a daughter, Mia Osbourne in 2018.