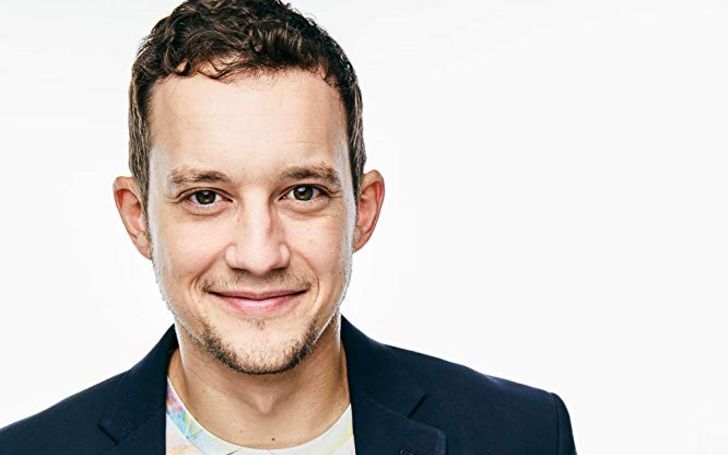 When two people are meant for each other, no time is too long, no distance is too far, and no one can ever tear them apart the same is with the recently married couple Jacob Zachar and Brittany Saberhagen. After a long dating of five years, Jacob and Brittany finally tied the knot with each other.

The couple shared a romantic and blissful dating relationship for five years and married this year. Well in this article, we talk more on Jacob Zachar marriage with Brittany Saberhagen and also about their engagement and their dating.

Who Is Jacob Zachar?

Jacob Zachar is an American actor and producer famous for his role as Russel ‘Rusty’ Cartwright on the ABC’s Family TV series Greek. Graduating from the St. Patrick High School, Zachar made his debut from the TV series iThe Big Read in 2003.

With over 25 acting credits, he managed to make a successful and well-known career from his almost two-decades-long involvement in the entertainment industry. The Greek actor also managed to earn well throughout his career.

The husband-wife pair started dating in 2014 after meeting at a house party through their mutual friends. They had an interesting startup in their dating, Zachar recently spoke in an interview recalling the memory saying,

“Brittany put out a Facebook post asking actor friends if they had any Oscar screeners she could borrow, I told her, ‘Come on over, I got 12 Years A Slave. I invited her in and she asked me where my girlfriend was, and I said I told her to kick rocks. Her eyes lit up and said we should go for a drink sometime.”

Zachar went with his former girlfriend now wife Brittany Saberhagen for a drink at the Seven Grand Whiskey Bar. They had an awesome night playing pool and drinking whiskey. The couple also celebrated their first night out winning a pool game against some strangers.

Jacob Zachar Net Worth: How Much Does He Earn?

Jacob Zachar holds a net worth of $500 thousand. Zachar gathered his fortune from his career as an actor and producer. He featured in several movies and TV series that helped him earn fame as well as prosperity.

Zachar had a notable role in the movie The Hive where he featured alongside famous actors, Gabriel Basso and Sean Gunn. Likewise, he also played in other movies such as Shrimp, Drunkboat, Little Big Top and earned an average salary of $60 thousand to $120 thousand as per his roles in the movies he played.

The Hive actor is mostly known for his recurring roles in the famous TV series Greek. He also starred in many other series like The Big Red, King of the Hill, Project: SERA and others. Similarly, he generated an average income of $20 thousand to $40 thousand per episodes from the TV series he featured in.

Born on 16th May 1986, Jacob Zachar stands at a height of 5 feet 9 inches. Zachar is a good-looking and charming personality with black colored eyes and dark brown hair.

Where is the birthplace of Jacob Zachar?

How old is Jacob Zachar?

What is the Nationality of Jacob Zachar?

Which Ethnicity does Jacob Zachar belong to?

What is the color of Jacob Zachar’s eyes?

How tall is Jacob Zachar?