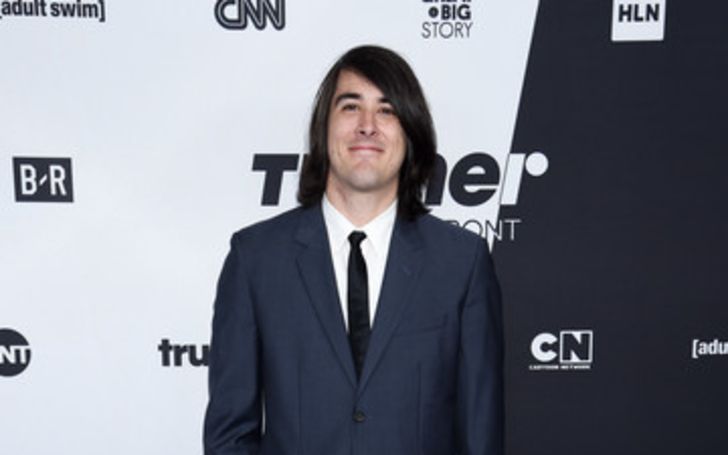 If you are the person who is usually around children, you might be familiar with Cartoon Network and a show Regular Show that is aired on the Channel. Here today, we will talk about J.G. Quintel, a cartoonist and a voice actor who is the creator of Regular Show.

Quintel is a Writer, Storyboard artist, Voice actor, Producer, Director all-in-one and has accumulated a decent net worth because of his talents. But how much is he actually worth? Read further to find out.

Who is J.G. Quintel?

James Garland Quintel, more popularly known as J.G. Quintel, was born on September 13, 1982. His birthplace is Hanford, California, USA, and he was born to Terri (nee Morris) and James Quintel.

Talking about his educational background, James attended Hanford High School and did his graduation from there. As his fondness for drawing grew, he joined California Institue of the Arts (CalArts). There, he and his friends competed in 48-hour-completions every weekend where they would throw a word into a hat, draw a word, and develop a cartoon from the word in 48-hour rushes.

After graduating, he got an internship at Cartoon Network, working on such cartoons as Camp Lazlo & The Marvelous Misadventures of Flapjack. After a short period of time there, he was able to pitch in his idea of a show, Regular Show which in turn replaced Cartoonstitute on the channel.

James is very multitalented, acquiring credits in various sectors of the show business. As a result, he has 16 credits as a writer, 15 as an actor, and 12 credits as a director to his name. Quintel also has scattering credits as a producer, editor and as an art department contributor.

Quintel has also worked on other various popular productions like Phineas and Ferb, Adventure Time, and Star Wars: Clone Wars.

James is also a music junkie and his favorite music bands are Rush and Pink Floyd.

Quintel won a Primetime Emmy award in the category Outstanding Short-Format Animated Program in 2012. He has been the nominee for the same award 4 other times.

J.G. Quintel’s Net Worth: How Much Does He Earn?

J.G. Quintel has a net worth of an estimated $1.6 million. The majority of this money is generated from his earnings from the show, Regular Show.

Regular Show, his cartoon series airing in the Cartoon Network makes up the bulk of his net worth. The show has been running for almost 10 years now, first airing in 2009. It has 245 episodes as of now and is still going strong. Quintel is the voice of Mordecai in the Regular Show.

The average salary of a writer on Cartoon Network is about $75,434. However, as Quintel should fall in the 90th percentile of the writers in the company, we can expect his salary to be more than $94,431.

Quintel also has an upcoming show, Close Enough on TBS. He is the director, writer, producer, animator, and actor all in this show. The role that Quintel will be playing has not been announced yet, but the show is highly anticipated.

J.G. Quintel’s Personal Life: Who Is He Married To?

J.G. Quintel is in a married relationship with his wife Cassia Streb. The couple walked down the aisle in 2010. However, he prefers to keep his married life out of the media spotlight and there is very little information about Cassia.

James also has a daughter, Lynn Streb Quintel from his relationship with Cassia. Quintel has not revealed his daughter’s birth date.

Where is the birthplace of J.G. Quintel?

What nationality does J.G. Quintel belong to?

What is J.G. Quintel’s ethnicity?

What is J.G. Quintel eye color?

Which color of hair does J.G. Quintel have?

How tall is J.G. Quintel?

How old is J.G. Quintel?