Is Ramsay Bolton of GOT, Iwan Rheon Dating Zoë Grisedale? His Instagram is Full of Her Pictures! 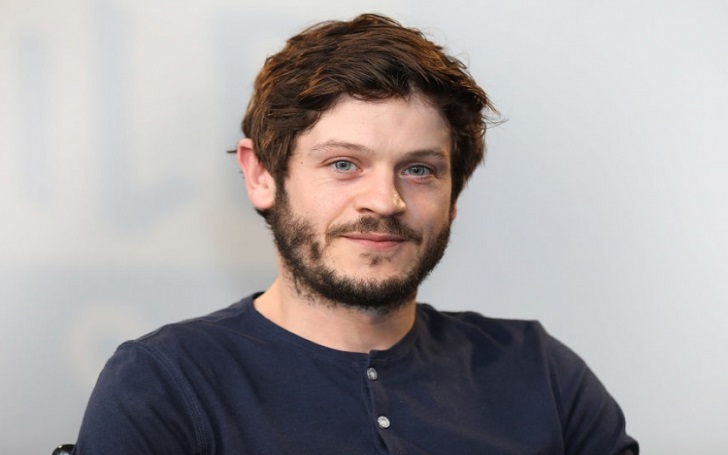 Iwan Rheon, a Welsh actor, singer, and musician, is popular for his role in HBO’s series Game of Thrones as Ramsay Bolton.

As Iwan Rheon’s role in the GOT, does he date a lot of girls? What is the story of him and his Instagram girl, Zoe Grisedale? Have their marriage taken place or are they only dating? Read more to know about these lovers.

Who is Iwan Rheon Dating, Is There a Plan For Marriage?

32 years old Iwan Rheon is probably dating Zoe Grisedale. Grisedale is an actress, best known for Bloodshot (2014) and Super-Man (2011). Like Iwan, Grisedale is also a musician and a model too. They two are happy with each other company. We can see a lot of their photos on Instagram.

My debut album Dinard is available to download now…hope you enjoy. Link to iTunes in bio

They met in a city in France, Dinard. Iwan also named one of his album Dinard in the reflection of the first time they met each other.

Also, see: GOT Gwendoline Christie is not Gay

There is no plans or rumors of Iwan marriage with his girlfriend, but we hope to see it soon. Iwan usually terms his girlfriend, Grisedale as Angel. When he posts her photo on his Instagram account, he captions the photo with the term angel, rock angel, walk away angel, etc. which seems cute enough. His Instagram has many of her pictures, and he enjoys uploading her images quite frequently.

There are no records or rumors of Iwan staying in any relationships and dating before which increased the rumors of Iwan being gay. Now he is shutting down those by being in a genuine relationship with Grisedale, planning on tying the knot.

Iwan Rheon in Game of Thrones!

Iwan Rheon started his role in Game of Thrones as Ramsay Bolton, bastard son of Roose Bolton, the Lord of Dread fort. He belonged to the family Bolton. Ramsay is mostly the background character of the TV show, and his character can be seen through other main characters like Theon Greyjoy or Sansa Stark.

Read More: Is GOT Emilia Clarke Dating Anyone?

He previously auditioned for the role of Jon Snow, but he lost it to Kit Harrington. He portrays a very cruel role who openly kills women for sport and tortured prisoners.

Caption: Iwan Rheon as Ramsay Bolton in Game of Thrones

His role in the show ends in 2016 after his tragic death. Maybe his cruelty led it to his death and he says in an interview that he thought of his death in another way. He said in an interview with GQ magazine:

“I wanted a dragon-related death. But I think this is a very fitting death, and a very just death, with some sense of irony.”

After his death in the show, he was asked in an interview if he would miss being Ramsay, he replied:

“I’m gonna miss being part of the show. Massively”

“I don’t think I’m going to miss Ramsay himself, but I’m certainly going to miss being a part of this wonderful show. It’s going to be really strange this year not going back to Belfast and starting it all over again.”

He has performed his character in a full dedication and his work is always a part of appreciation and applause.

A short bio of Iwan Rheon

Iwan Rheon is a Welsh actor who started his career in cinema world in 2002 in a TV series Pobol y Cwm as Macsen White. Born on 13 May 1985 in Carmarthen, Carmarthenshire and later shifted to Cardiff, he is equally talented in singing and songwriting and was a lead singer in The Convictions. He recorded his first album Dinard and released it in April 2015.

He is fond of the photoshoot and posing shirtless, caused many girls around to bite their lips. His voluptuous body also gains the attention of many. He is also an active user of social media like Instagram and Twitter.

He tweets about the game of thrones- new episode:

According to the wiki, his height is 5 feet and 8 inches and his weight is 72kg. after his years of dedicated work in the cinema world and television series like Game of Thrones he has earned a lot of wealth and his estimated net worth is $2 million.