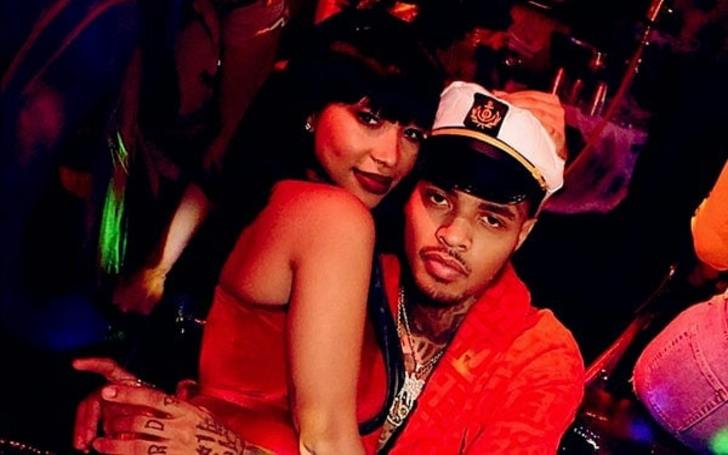 Zonnique Pullins is an American singer and TV personality known for her appearance on the family reality TV show, T.I. & Tiny: Friends & Family Hustle. She is also the former singer of OMG Girlz which discontinued in 2015.

Zonnique grew up in the limelight from a young age as she is a step-daughter of Grammy-winning rapper T.I., who has been married to her mother Tameka Harris since 2010. Aside, she is the girlfriend of rapper Bandhunta Izzy.

As a matter of fact, Pullins made it clear herself on her family reality show that she doesn’t like to discuss her relationship and introducing her boyfriend on the show. Not to mention, this is also the most serious relationship of Zonnique.

No wonder Bandhunta has the approval of Zonnique’s parents including TI who regards him as a son. Pullins and Izzy, in addition, recently celebrated the rapper’s birthday in the Bahamas.

Interestingly, the singer previously joked about being pregnant. Zonnique and Bandhunta, however, are not currently engaged or married.

Zonnique Pullins endured several other relationships before she finally met her sweet boyfriend, aka Bandhunta Izzy. Those relationships, of course failed. And, here’s the guys she used to date.

Prior to meeting Izzy, Pullins dated Damian Swann, a footballer for merely a year from 2016 to 2017. Much to their short-lived fling isn’t known yet. And, before Swann, Zonnique dated Zoey Zuko.

Zonnique and Zoey from brAvoATL were pretty serious about their relationship that lasted more than a year. The two began dating in 2013 before they split on 2015 for the good.

In 2011, Pullins was linked to one of her first public relationships with Ray Ray from the musical boyband, Mindless Behavior. Zonnique and Zoey’s young affair flourished in 2011. But, the pair split in 2015.