Skip to content
Home » Entertainment » Is Melissa Ordway Pregnant? Know About Her Wiki-Bio Including Net Worth, Wedding, Husband

Is Melissa Ordway Pregnant? Know About Her Wiki-Bio Including Net Worth, Wedding, Husband 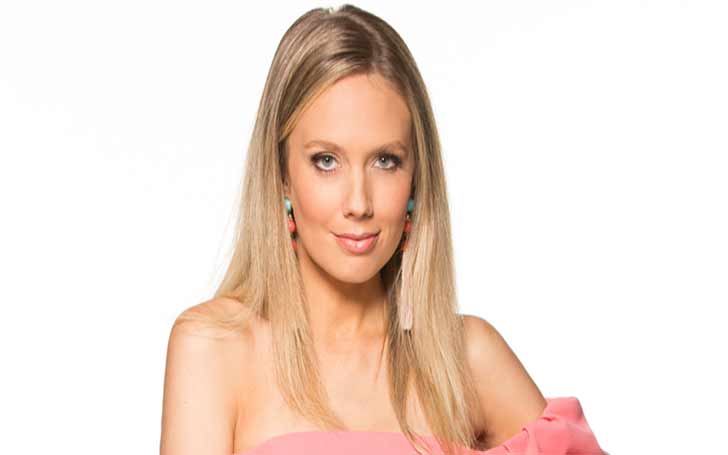 In these and age when movies and Television industry took over, the beautiful actress Melissa Ordway proves to be a gem. The charming actress has been wowing the audience with her screen presence giving full justice to anything she does be it acting or even modeling.

Her role of Abby Newman on the Television series, The Young and the Restless is highly acclaimed and has been on the show since 2013. She showed her versatility and acting ability in movies like 17 Again, Escapee, Bones, Ted and so on.

Moreover, Melissa Ordway is a married woman and has two beautiful children. To know more about her personal life, wedding, net worth and more depths in her career then remain with us.

Melissa Ordway is a married woman who tied the knot to actor, singer & songwriter Justin Gaston on September 22, 2012. Their wedding happened in a private ceremony in Atlanta and looked adorable together in their attires.

I look at this picture and see two crazy kids in love. I loved you then but I love you even more now. 6 years, 2 kids and lots of life later, you are still the kindest, bravest, most beautiful man in the world. Thank you for going on this journey with me. I love you. Happy 6th Anniversary. ❤️ 9.22.12

The husband-wife couple first met on the shoot of her movie Escapee and eventually fell in love. After dating for months, they took their relationship to the next level and got married.

After four years of marriage, the husband-wife decided to add a member to their family and adopted their baby, daughter Olivia whose date of birth is April 30, 2016. Later on, Ordway got pregnant with her own child and delivered their second daughter, Sophie Jolie on December 9, 2017.

The star looked as stunning as ever even when she was pregnant with her first biological daughter. The family of four live a content life together.

You May See: LeAnn Rimes’ Married Life and Husband; Know About Her Wiki-Bio Including Her Age, Net Worth, Songs

Moreover, they had a family dog named Buddy which they lost in December 2016. The dog was missing for a couple of days but when they found him he had already passed away. This was a very huge tragedy for the family. The family later thanked everyone who helped search for him through many sources like social media & others.

Melissa Ordway has earned quite a huge net worth and salary from her acting (movies and TV shows) and modeling career. She has been able to make a net worth of $2 million from her 15 years of career in the entertainment industry. Some of her movies have been a huge hit in the box office and even critically acclaimed.

Her movie 17 Again with actors Zac Efron, Matthew Perry and Leslie Mann grabbed $136.3 million in the box office. While her other movies In Time & Ted also collected a whopping $174 million and $549.4 million respectively.

The lovely couple listed their Studio City Condo in California on sale in 2016 for $550k. Their house is 3 bedrooms and 2 bathrooms house with a size of 1,055 square feet. Ordway and her husband had initially bought the condo for $470k back in July 2014.

Melissa Ordway is professionally an actress and model who is a well-known figure in the entertainment industry. Initially, she signed with Nous Model Management and started appearing in many magazine covers after moving to Los Angeles. She has done modeling campaigns for fashion houses like Skechers, Old Navy, David’s Bridal, Tillys, Anchor Blue and so on.

Also See: Is Joe Jonas Happy In His Engagement With Fiance Sophie Turner? Know His Wiki-Bio Including His Age, Net Worth, Career, Family, and More!

As for her acting career, she debuted in the movie industry in 2006 from the movie Friendly Fire portraying the role of a Roller Goddess. Following her entry in the acting field, she landed in movies like 17 Again, The Last Song, In Time, Ted and many more.

In the 2011 movie In Time she acted alongside Justin Timberlake. Three years later, she portrayed teh character of Sydney Price in the TV series, 90210. Moreover, Ordway played some roles in Television and was featured for an episode in series like Entourage, The Chicago Code, The League, CSI: NY.

Here is a video of Melissa Ordway featuring on the Television show, The Price is Right.

Similarly, Ordway portrayed the main lead Chloe Carter in the 2012 series, Hollywood Heights and was cast for 80 episodes. In 2013, she landed in the role of Abby Newman in the American Television soap opera The Young and the Restless and is performing the role, Abby Newman till date.

Her character Abby is the daughter of Ashley Abbott and Victor Newman in the series. Her fellow cast members from the show are Jordi Vilasuso, Gina Tognoni, Jason Thompson, Joshua Morrow and so on.

Melissa Ordway was born Melissa Pam Ordway to parents John Ordway and Christine Ordway on March 31, 1983. Being an only child to her parents she grew up with plenty of love around her. As for her education, she enrolled at a high school in Snellville where she acted theatre productions.

For her higher studies, she joined Georgia State University and while her time there was offered an MTV reality show called The Assistant which she won eventually. She had a passion for acting from an early age and moved to Los Angeles to make a living in the entertainment industry. Ordway started off by doing stage performances & shows.

Melissa Ordway stands a height of 5’8 feet which is the average height of a woman in the United States. She has blonde hair with fair skin. The actress weighs 50 kg and has the body measurement of 34-24-34 inches. Her shoe size is 8.5 US. As of 2018, Melissa’s age is 35.