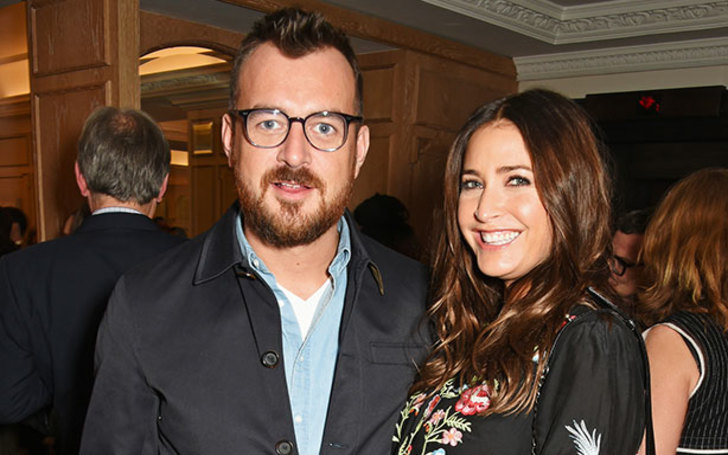 At one point of her career, Lisa Snowdon was one of the highest-paid models in the UK. Model turned actress and TV host, Lisa Snowdon still runs the showbiz world.

But, her radiant career isn’t the only thing that makes her fans and tabloids concern about her but her love life too. Speaking of which, Snowdon dated several top-notch celebrities in the likes of George Clooney before she finally met her significant half aka George Smart.

British model and TV presenter Lisa Snowdon went through ups and downs of relationship through the years. Snowdon thought she found the one at least four times before things didn’t go as she had planned.

And, speaking of Snowdon’s first public boyfriend, Paul Sculfor is remembered as the one. Lisa met Paul during the early days of her modeling career through the working environment when they were super young in 1996 with being only 19.

The young lovebirds enjoyed their romance for two years before everything went wrong in 1998. It was only after the split, Lisa then met and fell in love with actor George Clooney. Well, Lisa and George met whilst working on the set of Martini’s advertisement set in 2000.

Romance quickly sparked between Snowdon and Clooney after their friendly acquaintance in Spain. Lisa and George remained together on and off until 2005 saw their relationship’s last straw.

Then entered footballer Jay Bothroyd into Lisa Snowdon’s life whom she met at an award show in 2010. Funnily, the two began dating whilst Jay was still technically married to his first wife, Stella Pozzi whom he had lied about being separated from.

Snowdon and the playboy still lasted for ten months though before they broke up in 2011. Finally, after multiple failed relationships, Lisa linked up with George Smart.

Since 2016 Lisa Snowdon has been happily dating boyfriend turned fiance George Smart. But, here’s a fun fact, the two already dated fifteen years ago, presumably in the early 2000s but broke up due to their huge age gap.

The two started dating when they worked for an MTV project where Smart was serving as the event’s head. But, since they thought they wouldn’t work out as a couple, they decided to split only for them to rekindle their love in 2016.

Since they have been going stronger for years, Smart popped the question 2016 when both of them were celebrating Christmas by themselves at their home. As of July 2020, the two have, however, remained silent over their wedding plans and rumors.

The happy couple is still going stronger in spite of Smart being well aware that his partner can’t ever bear children due to her age. As a matter of fact, Smart doesn’t even care about having their own blood family as he says their love and having Lisa are all that matter to him. Aw.

Stay tuned and connected to Celebs Closet for updates and more stories.