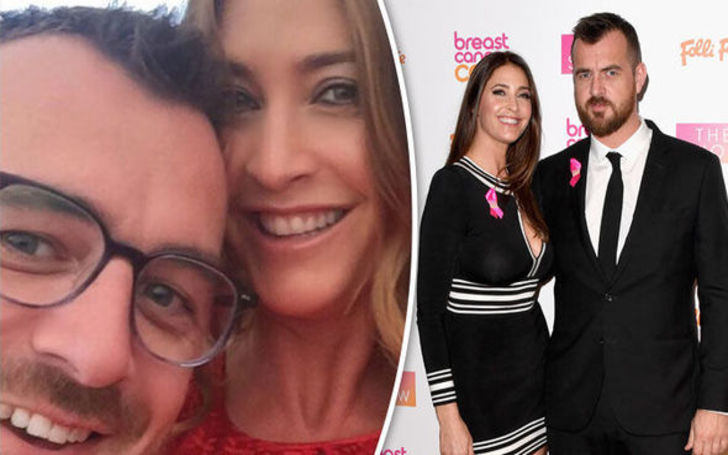 George Smart is an English entrepreneur from Yorkshire who has formerly worked as an event planner for MTV. Smart, today, works for a marketing and branding agent company called Theobald Fox.

Mr. Smart, however, rose to fame after he was romantically linked to his girlfriend turned fiancee, the model and TV presenter, Lisa Snowdon. George and Lisa aren’t married, at least not yet. But, here’s everything you need to know regarding the love story of Smart and Snowdon.

The handsome entrepreneur and Lisa Snowdon, one of the former highest-paid models have been romantically together since late 2015. However, George Smart and Snowdon already knew each other for fifteen years. Not to mention, they used to date when both of them worked for MTV.

Smart was an event planner at the time. Their short-lived affair was caused by the huge gap as neither of them thought it would work out. More than sixteen years later, Smart then asked for Snowdon’s hand in marriage during the Christmas 2016.

And, more than four years later, Smart and Snowdon are still happily together. The only issue that the engaged couple faced was raising their own child. Lisa who is currently in her late forties can’t conceive any children, according to her doctor.

Smart, however, doesn’t care about starting their own family or having their own kids. As he is completely in love with his fiancee, Smart has made sure to support and love Snowdon no matter what.

Whilst the past relationships of George Smart for being a common man are a mystery, his partner is known for her previous romantical links with some of the notable men in Hollywood including George Clooney.

Snowdon and Clooney dated in the early 2000s before they split in 2005 after nearly five years of on and off relationship. Before George, Lisa was in a relationship with her former boyfriend, Paul Sculfor whom she dated for two years.

Then in October 2010, Lisa shared a fling with footballer Jay Bothroyd who was married to his former wife, Stella Pozzi. Lisa and Jay’s romance turned bitter in July 2011.

See more Biographies and Stories only on Celebs Closet.com.