Skip to content
Home » Entertainment » Is Bobby Flay Dating A Mysterious Woman? Here’s What You Need To Know About His Love Life!!! 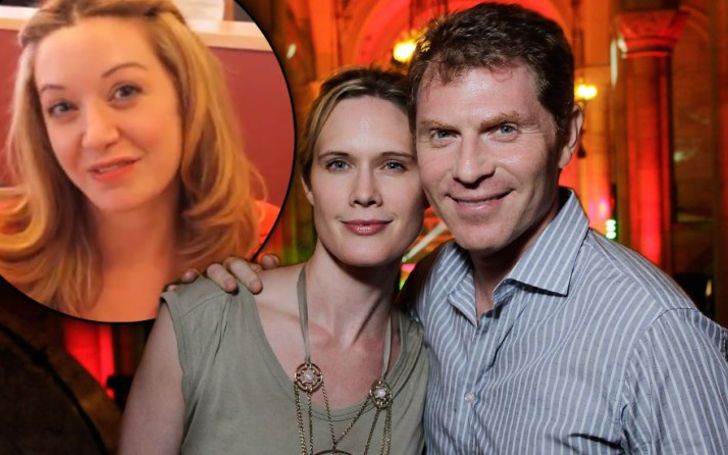 It’s always the big talk among the people, whenever the big names started to date, someone. Recently, it happened the same, when an American chef, Bobby Flay started his love life with a mysterious woman. So, who is Bobby Flay dating at the moment?

We are pretty sure that you guys are curious to know the name of a mysterious woman. So, below we provide you all the information about his current relationship including his past affairs and more.

Is Bobby Flay Dating Someone?

Yes, Bobby Flay is dating someone at the moment and he is really enjoying his current relationship. He found his love in a mysterious woman named Helene Yorke. Some sources stated that they started dating each other in 2017.

It’s already been 3 years since they started seeing each other and no one had a hint that they are in a relationship. This suggests that the 56-years-old chef and the 35-years-old American actress are pretty good at keeping their lips locked. As per reports from People Magazine, the duo met at a Knicks game. Since that day, they started dating each other. What’s more! the love birds share their cozy pictures on Flay’s Instagram.

Even though his current girlfriend has not risen to fame, she is still trying her best and getting close to the peak.

Jumping towards Bobby Flay’s past affairs, Flay is not a new person in a romantic field, as he has dated many big names that amazed the public. Not to mention, he has already married three times, “surprised”, right?

In May 2015, Booby began dating Giada De Laurentiis. Even though their fans cherished the couple, things didn’t go well between them, and later they separated. Before being in a relationship with Yorke, the reality television personality was seen spending time together with Chelsea Handler.

You may prefer: Who Is Matty Healy Dating? Here’s What You Need To Know!!!