Teen Model Inka Williams is Reportedly Dating Her Long Time Boyfriend, Get All Their Details Here! Also Find Out About Her Age, Height, Job and Net Worth! 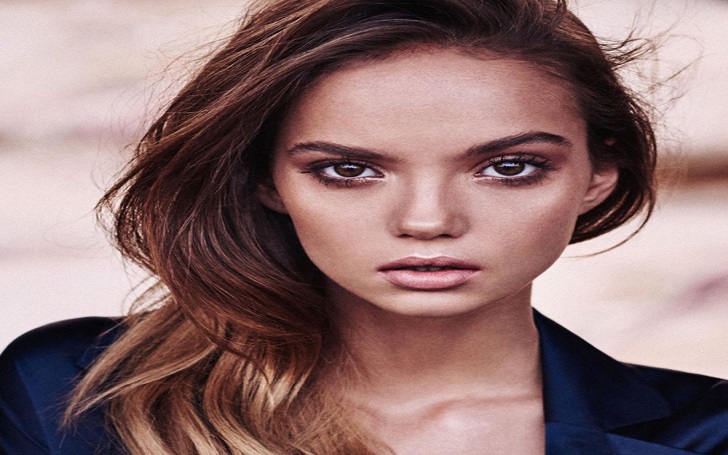 As the saying goes, Through simplicity comes real beauty. Inka Williams is simple yet gorgeous with anything she does. She ruled over many hearts but we have official reports that there seems to be a specific guy ruling over her heart.

How seriously is she dating her boyfriend? Are they taking it to the next step? Let’s explore about it all, here.

Inka Williams Dated Her Boyfriend For Over Three Years!

Inka Williams and her boyfriend Zak Henry had been together for three years. She started dating him around the end of 2014, however, they are now separated. They weren’t shy when it came to being publicly affectionate and hence posted a lot of their pictures together on Instagram.

Very recent news surfaced into headlines claiming that Justin Bieber messaged Inka Williams saying that he wants to hang out as they both were in Sydney. Consequently, this news indeed turned out to be true. However, Inka was already at the airport ready to leave Sydney so they never got a chance to hang out. Upon being asked if Zak should be worried about it all, she said,

“I wouldn’t want to date someone famous. I’m good with Zak, he keeps me grounded”

Her boyfriend, Zak Henry is a year older than her. When they were together, their young love surely was an example of true love for us all. However, now it seems as if the pair fell apart.

A quickie through Inka’s social media profiles shows no sign of Zak. Instead, she can be seen kissing another man with the name Kayu Vianna. He is a professional surfer as far as his profession is concerned.

Just look at how happy they seem.

Inka Williams was born on September 9th, 1999. She is just 20 years old and is already doing wonders at such a young age. Furthermore, Inka is a top model of Bali, Indonesia, and is living her dreams doing what she loves. She lives in a traditional Balinese home made of woods.

Kayu Vianna’s girl was born in Australia and raised in Bali by her French mother and Australian father. Though her height is only 5 feet 5 inches, she models for top brands and companies like Rip Curl, Spell Designs, O’Neill, Volcom, etc. just at her age of 19.

Inka Williams proved that if you are talented and confident, factors like height don’t matter for being a model. Williams has over 1.2 million followers on Instagram and was most recently signed by IMG to be one of their models.

This must be a great milestone for her as IMG is a company which gave out top models like Gigi Hadid in the fashion industry. Furthermore, she plans to move to London and work full time in London as she just finished schooling.

Moreover, Inka also has her own swimwear line as the perks of being raised in Bali. Since she is an emerging star, her net worth is under review. Nevertheless, we are sure that she possesses a whopping net worth amount with all her business and modeling contracts.