Skip to content
Home » Entertainment » Indiana Evans isn’t dating anyone? A Big No To Dating or Has Her Boyfriend Hidden Somewhere.

Indiana Evans isn’t dating anyone? A Big No To Dating or Has Her Boyfriend Hidden Somewhere. 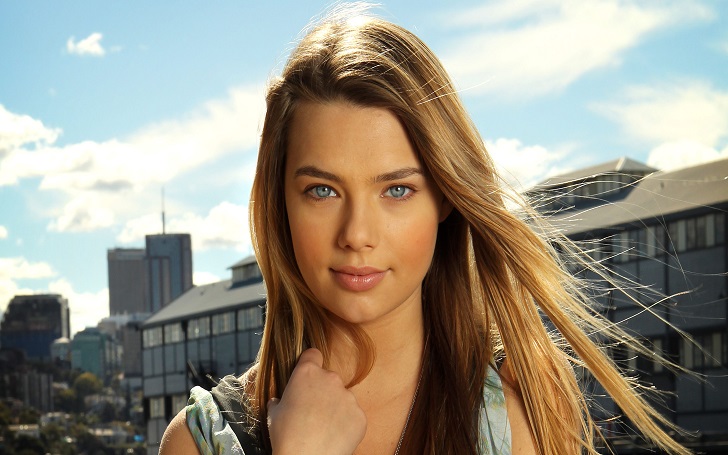 It’s a tendency for celebrities to keep their dating affair as a mystery puzzle.  Indiana Evans is one of them.

We know Indiana Evans from her work in TV series H2O. The actress is an international crush. Her fans want to know whether the flawlessly beautiful actress is having a dating affair or is she just focused on building a solid career first. So we have it here for you.

This may come as happy news because the actress, at the moment, does not appear to have a boyfriend or any dating affair whatsoever. Indiana Evans seems to be single.

The 27 years old actress did have her share of the public affair as she once got romantically linked to her H2O co-star. Well, that is something we get to see a lot in Hollywood. But, using the word ‘publically’ here might just not suite the case.

Indiana Evans was never vocal on her dating affair with boyfriend Angus Mclaren, an actor who, at the moment, is appearing in a TV series called Doctor Doctor. Indiana Evans has no boyfriend till the date.

The then-couple Indiana Evans and Angus portrayed the roles of Bella and Lewis respectively and started dating in 2009. Word of their romance is like a ghost; something that has been said to exist but never made the highlights. Their relationship did not last much longer either.

Indiana Evans also dated Lincoln Lewis for more than a year in 2007. Moreover, Evans was even rumored to be dating Rhys Wakefield in 2006.

Indiana Evans Too Busy To Have A Boyfriend!

Indiana Evans, who once had a boyfriend, seems to be off the market for the time being or has been dating someone behind her rapidly escalating career. Every odd is possible here.

Her fans may scroll through her social media updates now and then (which by the way, does not exist) but unless she chooses to reveal it all, every claim about her personal affairs are just baseless.

Besides that, talking about now, the actress is off the radar. She does not have any dedicated social media accounts except for a bunch of fan pages. Her last known project was Ash vs. Evil Dead.

Indiana Evans was born on July 27, 1990, in Sydney, Australia. Before high schools, Indiana’s parents got her into a dance academy where she started learning ballet and later turned her interest towards jazz and tap.

Indiana Evans enrolled in Newton High School of the Performing just to drop out after two weeks. As a child, Indiana was fairly active in performing, which she used to do in front of her family and friends.

This was the reason for her to choose acting career over High School. Her first project landed on in 2003; a TV series titled All Saints, and it is evident she did not have to think back since that moment.